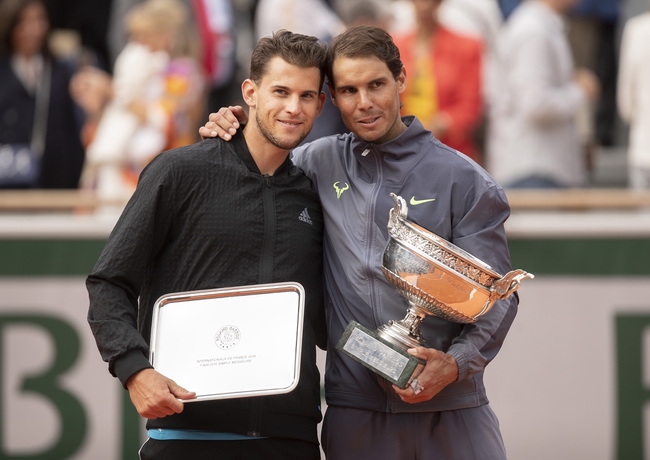 Rafael Nadal continues his quest to win his first ATP Finals title as he meets Dominic Thiem in the second round robin match here in London on Tuesday, November 17th 2020. Will Thiem be able to cause an upset here, or will Rafa be dominant as he was against Andrey Rublev?

Dominic Thiem came through a hard-fought 3 set match against Stefanos Tsitsipas which looked a lot like their Final appearance here last year in the first two sets. Dominic Thiem came out of the gates strong and ready to fight, being able to hold all of his service games comfortable, and stealing the set when 5-2 down in the tiebreak. However, in the second set, Stefanos Tsitsipas raised his level tremendously and was able to win comfortable 6-4. It looked as if Tsitsipas was going to be in better form coming into the third, however, Thiem was able to solidify the early break, going 3-0 up and ride it until the end of the match. Thiem knows this could have gone the other way, and if he is to hurt Rafa, he will have to raise his level.

Rafael Nadal was in cruise control against Andrey Rublev, in a match where many people backed the Russian to push Nadal to his limits. However, Rafa came out ready to fight, learning from his mistakes in Paris Bercy which led to him losing to Zverev. Nadal really is determined to win his only ATP Finals title this week and I expect him to get to the final if he plays the way he did against Rublev. Nadal was aggressive, and he made sure to wait to hit the right shot.

This is going to be the 15th meeting between both players, with Rafael Nadal leading the head to head 9-5. The last time they met was at the Australian Open this year, where Thiem won in 4 sets. This match is going to be tough for both players, and both can win it. But if I have to go with what I saw in th first round, I cannot go against Nadal. I expect Rafa to win, and to put himself in a strong position to make the semifinals.