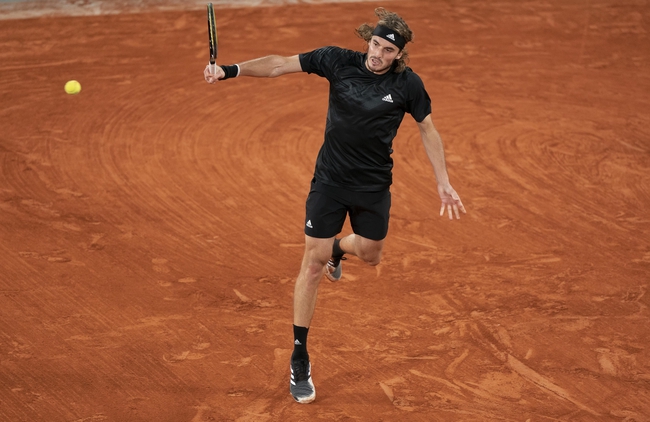 One of the most exciting young player rivalries is back on our tv screens as Stefanos Tsitsipas meets Andrey Rublev in their second round robin match here at the ATP Finals on Tuesday, November 17th 2020. Will Rublev get revenge for their last meeting in Roland Garros, or will Tsitsipas rise up to the challenge once again?

Stefanos Tsitsipas was unable to hang into the match against Dominic Thiem on Sunday, losing the opening set when he was 5-2 up in the tiebreak, and then fighting back to win the second set comfortably, but not having enough to win the third set, going down a break and 3-0 instantly. Tsitsipas made a statement before the tournament, saying he wanted to go undefeated this year in this tournament as he knew he could and because he does not feel pressure. Those comments were not true as it was clear he was feeling the pressure to retain his title on Sunday in his opening round robin match. Will Tsitsipas play more freely on Tuesday against Rublev, or will he have even more pressure on his shoulders now?

Andrey Rublev was not the Andrey Rublev we have been praising all year on Sunday, when he met Rafael Nadal in his opening round robin match here in London. Rublev was not able to get a single break point opportunity in the match and this is because Rafael Nadal came out to play aggressively and was determined to win at all costs. Many pundits before the match were backing Rublev to cause the upset, or perhaps to even take this match to 3 sets, however, Rafa came out strong and Rublev did not stand a chance. Rublev will have to raise his level drastically here.

This is going to be the 5th meeting between both players, with the head to head standing at 2-2. They met twice this year, both times on Clay, once in the Hamburg Final where Rublev won, and once in Roland Garros where Tsitsipas won. I expect a tight match between both players, but when Rublev plays against players of a similar level of his, he seems to rise up to the challenge more often than not. I think Rublev edges this match and puts an end to Tsitsipas' title retention hopes.