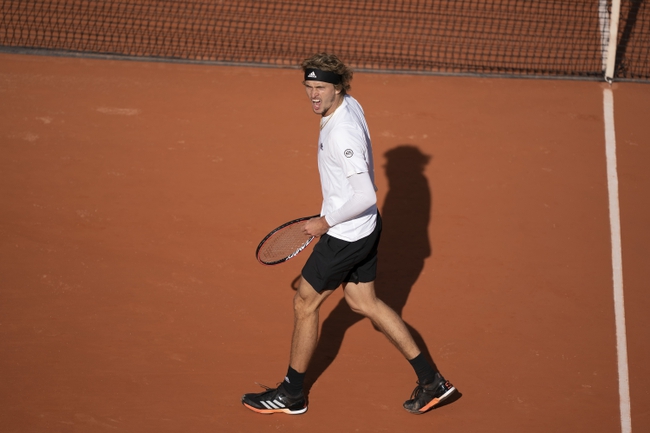 The two opening round robin match losers meet on Wednesday, November 18th 2020 at the ATP Finals in London to see who can get their first victory under their belt this year and potentially stand a chance to make it out of the group stage as Alexander Zverev meets Diego Schwartzman.

Diego Schwartzman was absolutely destroyed by Novak Djokovic on Monday, having had an early break to go 2-1 in the opening set, but then losing the match easily. Schwartzman is not very strong on these indoor hard courts and this is because his movement and bounce off of his shots is not as solid as it is on clay. Adding to this, Schwartzman does not have a big serve due to his height, which prevents him from getting free points and easy points off his serve. Schwartzman knows he is going to be in for a tough match on Wednesday, and a match that if he loses, means he most likely won't make it to the semifinals.

Alexander Zverev was embarrassed for the second time in 8 days against Daniil Medvedev as he lost in straight sets to the Russian on Monday. Medvedev came out to play, whilst Zverev saw the issues we were all wondering if they would come back, his second serve. Zverev hit many double faults in the match and very minimal aces which shows he was scared of hitting big first serves in case he missed them as he did not want to hit second serves. Zverev only won 5/19 points on his second serve during the match and it shows that he and Ferrer still have a lot of work to do.

This is going to be the 5th meeting between both players, with the head to head being tied at 2-2. They last met a few weeks ago in Cologne 2 in the Final where Zverev absolutely destroyed Schwartzman. The conditions there are exactly the same as here and I do not see a different result coming. Zverev has a much bigger serve and his shots are more powerful than Diego's. Diego does not stand a chance in these conditions.