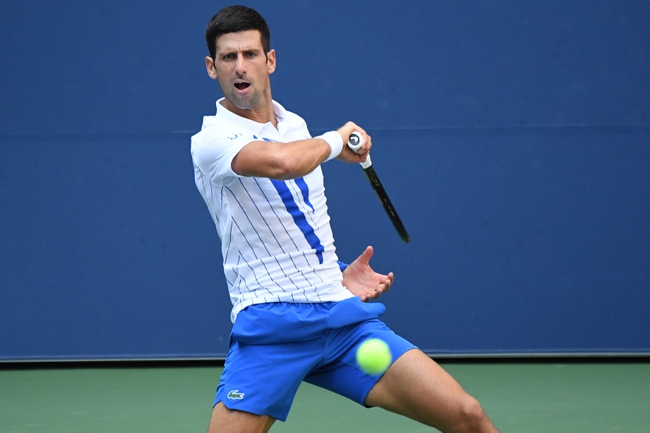 It is a battle of two of the best returners in the game as Novak Djokovic meets Daniil Medvedev in what is going to be a vey tight, exciting encounter on Wednesday, November 18th 2020. Will Djokovic be able to secure another easy win here in London, or will Medvedev get his second victory in London?

Novak Djokovic was in cruise control in his opening round robin match as he met Diego Schwartzman. Djokovic went an early break down, however, after that he did not give Schwartzman anything and won the match in two easy sets. Schwartzman did not have the serving power or accuracy to hurt Djokovic and this is really what got him in trouble in their rallies. Djokovic is keen to win the ATP Finals here in London and he knows that he will stand a very solid chance to make the semifinals if he beats Medvedev on Wednesday.

Daniil Medvedev has gone back-to-back in victories over Alexander Zverev, reducing the head to head deficit to 5-3. Medvedev was extremely solid yesterday and was able to come through an extremely high intensity first set, winning 6-3, to then win the second set again comfortably 6-4. Medvedev was not serving at his best throughout the match, but his rallying game was incredible and he was able to move Zverev around the court consistently. Medvedev knows that he will have to improve his serve now if he is to stand a chance against Djokovic, but will he be able to cause an upset here?

This is going to be the 7th meeting between both players, with Novak Djokovic leading the head to head 4-2. This is going to be a very tight match, and a match which both players can win. I believe that Novak stands a better chance of winning this match due to his experience and his ability to be extremely focused under high pressure moments. I think this is going to be a repeat of their last encounter at the ATP Cup at the beginning of this year, where both players played incredibly well, but when push came to shove, Djokovic found another level.