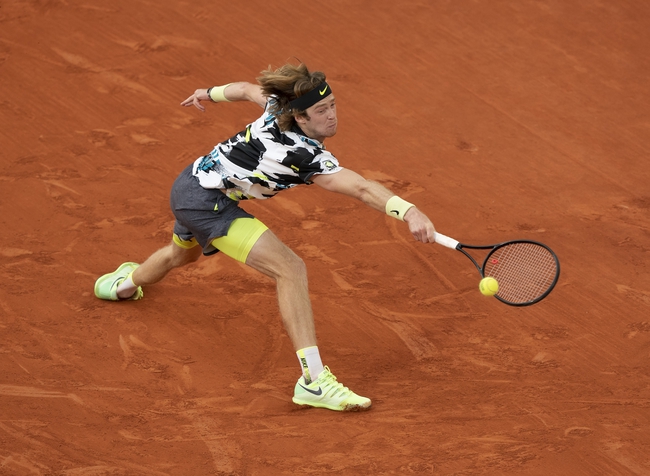 A pretty much no importance for semifinal qualification match is on our hands here at the ATP Finals as Dominic Thiem (who has already qualified for the semifinals) meets Andrey Rublev (who cannot qualify for the semifinals) on Thursday, November 19th 2020. Will Rublev get a consolation win for his time here in London, or will Thiem give it his all here?

Dominic Thiem came through an extremely hard-fought match against Rafael Nadal on Tuesday, beating the Spaniard 7-6/7-6. Thiem played the big points really really well and showed us that when he puts his everything into it, he can reach the same level as the Big 3. Thiem is in a similar position as he was last year after he beat Federer and Djokovic in his first two matches and then played Berrettini who had lost his opening two matches. I wonder if Thiem will do the same and not put his all into this match and focus on really saving his energy for Saturday when it matters most.

Andrey Rublev has not had the tournament he wanted as he lost both his opening matches here, most shockingly against Tsitsipas in his second match when he was serving for the match at 6-5 in the tiebreak. Rublev will know he would have won that match against Tsitsipas but he was not mentally ready to do so. Rublev will now be aiming to finish his year on somewhat of a high by beating Thiem, a player who he beat only a few weeks ago on a similar court.

This is going to be the 5th meeting between both players, with the head to head standing at 2-2. They have a great rivalry and the last time they met was a few weeks ago in Vienna where Rublev destroyed Thiem in straight sets. I expect Thiem will not be willing to give it his absolute all here in this match as there is no point in wasting his time or energy on a match which he does not need to win. On the other side of the court, Rublev will be determined to at least get one victory under his belt here in London against an opponent who he knows he can beat. I think Rublev gets a consolation victory.