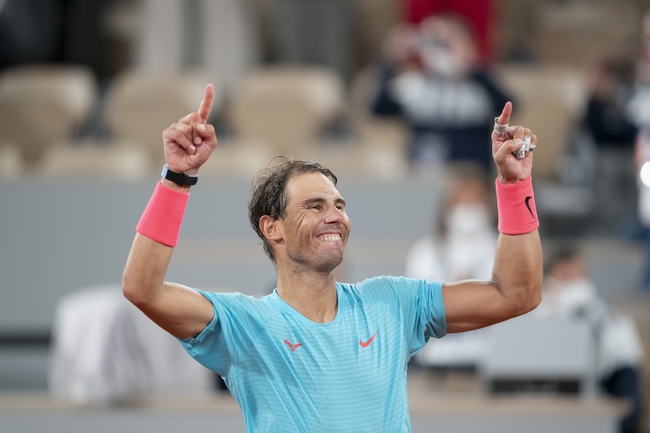 It all comes down to this in Group London 2020 at the Nitto ATP Finals on Thursday, November 19th 2020 as Rafael Nadal meets Stefanos Tsitsipas in their third and final round robin match which will dictate who makes it to the semifinals on Saturday. Will Nadal make it there after many tries over his career, or will Tsitsipas still have hopes to retain his title?

Stefanos Tsitsipas came through a very gruelling second round robin match against Andrey Rublev where he had to fight right until the end. The match began and Tsitsipas seemed in cruise control, winning nearly all the points and winning the first set 6-1. In the second set, it was more of the same, with Tsitsipas cruising and being 3-3 and having two break point opportunities at 15-40 to take the upper ground in the second set. However, after Rublev saved those two break points, it was a different story. Tsitsipas gave Rublev one break point at 5-4 down and Rublev took it to steal the set. In the second set, Tsitsipas had 5 break points and missed all of them, leading the match to a tiebreak. Tsitsipas was comfortably up 5-2, however that was quickly turned into 5-6 with Rublev serving for the match. Rublev double faulted and Tsitsipas was able to steal the match 8-6 in the tiebreak. Tsitsipas has had two bad performances in a row now and although he won this match, he will have to increase his level drastically if he is to get anything out of Rafael Nadal.

Rafael Nadal lost against Dominic Thiem in probably the best ATP Tour match or the year as he lost 7-6/7-6. Both players played on another level, and Nadal had his chances to win this match in both sets. However, Thiem showed us his resilience and showed us that he is amongst those top 3 guys in the world now that Federer is out until next year. Nadal might have lost, but he will have plenty of positives to take out of this match as he did not play badly at all.

This is going to be the 7th meeting between both players, with Rafael Nadal leading the head to head 5-1. They met here last year and Rafael Nadal was exhausted and injured but still managed to win the match in 3 sets. This time around, Nadal looks fresh and on top of his game, compared to Tsitsipas who still is looking for his best game. I expect a tight encounter, but believe Rafael Nadal should win this match and book his spot in the semifinals on Saturday.