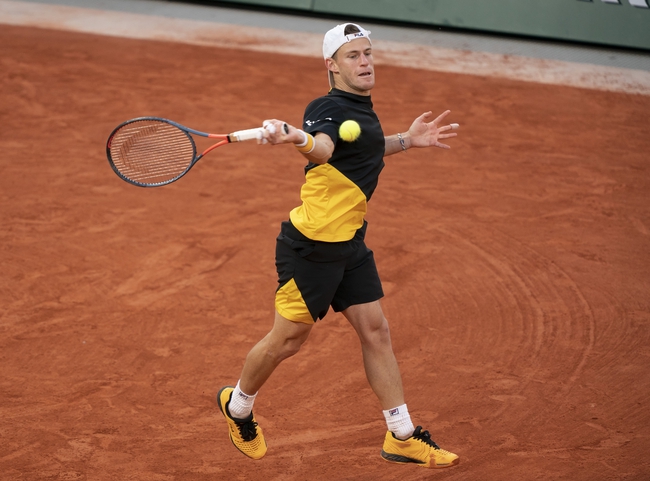 Diego Schwartzman will be extremely disappointed with his performance in that third set against Alexander Zverev in his second round robin match as he seemed as if he was going to make the perfect comeback. Schwartzman came from a set and a break down to push the match to a third set, but he was not able to maintain the momentum and get himself ahead in that third set, eventually being broken twice to lose the set and match 6-3. Schwartzman is now out of the semifinals as he has gone 0-2, but will he get a consolation victory against a player who he has never beaten before?

Daniil Medvedev was superb in all aspects of his game when he met Novak Djokovic on Wednesday, beating the world No.1 6-3/6-3. Medvedev seems to have found his form again after a rough year and he has definitely used the momentum gained by winning Paris here in London. Medvedev has now qualified top of the group and has made it to the semifinals, but will he be willing to give it his best effort in a match where he has nothing to win or to lose against Schwartzman?

This is going to be the 5th meeting between both players, with Daniil Medvedev leading the head to head 4-0. They recently met a couple weeks ago in the semifinals of the Paris Masters and Daniil Medvedev made easy work of that match, winning comfortably in straight sets. I expect the same to happen here as Medvedev will not want to lose this momentum and he will want to get some more solid playing minutes under his belt before the semifinals. Schwartzman had a great year coming up to this and qualifying for London, but he is not on the level required to compete with the best of the best in these indoor hardcourt conditions. Medvedev to win.