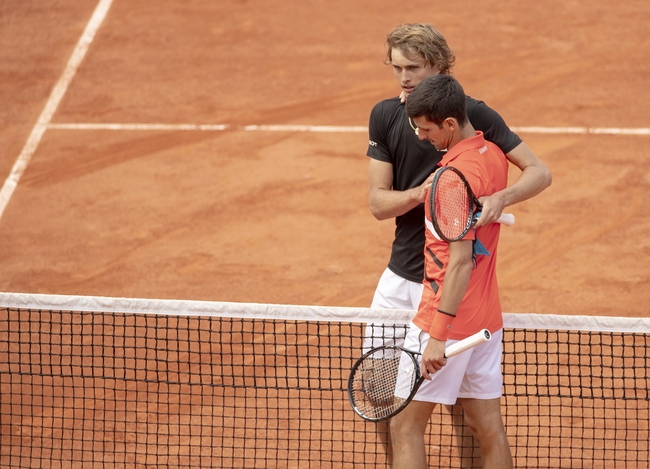 It is a rematch of the 2018 ATP Finals Final here in the third and final round robin match here in London, and a place in the semifinals is up for grabs as Novak Djokovic meets Alexander Zverev in what is going to be a very interesting and tight encounter. Will experience or youth prevail?

Novak Djokovic was absolutely destroyed by Daniil Medvedev in his second round robin match here in London, losing 6-3/6-3. Djokovic was the heavy favourite coming into that match, especially in these indoor hardcourt conditions, however, he was not there in all aspects of his game. Djokovic's serve was not firing as solid as it can and he was trying way too often to finish the points off early rather than get himself involved in long rallies where he could stand a better chance to win the point. Medvedev played extremely well on his side, returning basically all Djokovic had to give and being impeccable on his serve. Djokovic is going to have to drastically improve his level here if he is to make it to the semifinals.

Alexander Zverev came through an extremely hard-fought match against Diego Schwartzman after the German was up a set and a break looking as if he was in cruise control. Zverev was up a break in the second, and then we saw the issues on his second serve come up again. Zverev however was able to maintain his composure somewhat and come through 6-3 in the third set. Zverev knows he will be out of the tournament if he performs again like this, especially as he meets Djokovic.

This is going to be the 6th meeting between both players with Novak Djokovic leading the head to head 3-2. The last time they met on indoor hard courts was twice at the 2018 ATP Finals where Djokovic won the round robin encounter and then Zverev won the Final encounter. I think Zverev is nowhere near the level he was when they met before, and Djokovic is proud to be more solid even though he lost against Medvedev. I expect a tight encounter with both players having their chances, but Zverev's serve does not give me confidence, and I back Djokovic to come through.