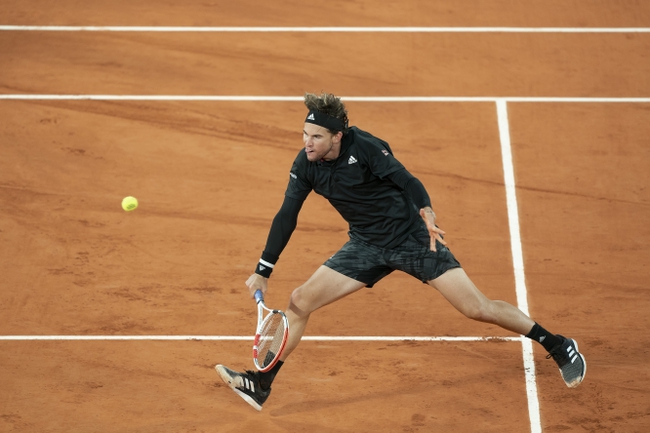 An extremely exciting and interesting encounter is on our hands in the second semifinal of the 2020 ATP Finals as Novak Djokovic meets Dominic Thiem on Saturday, November 21st 2020. Will Thiem get revenge over their last encounter at the Australian Open Final this year, or will Djokovic raise his level?

Novak Djokovic has not put on incredibly strong performances in the Group Tokyo 1970, obviously easing through Schwartzman (not shocking) and losing in straight sets to Medvedev and winning a very tight 2 set encounter against Alexander Zverev. Djokovic definitely needs to drastically improve his level if he wants to stand a chance here against Thiem. Thiem has been knocking on the door of Djokovic' game when they met in the past. Djokovic won their Australian Open final encounter due to one point completely changing the momentum in the match, however, the last time they met here, Thiem came through in style.

Dominic Thiem came through two extremely tight encounters in Group London 2020, beating Stefanos Tsitsipas in 3 sets, and Rafael Nadal in 2 tiebreak sets. Dominic Thiem has shown us that he can win this title, with his beautiful run to the final here last year. But he will now face an incredibly stern test and a bit of momentum lost after he lost in straight sets to Rublev in his third and final round robin match. Will Thiem find what it takes to beat the world No.1 and a close rival in one of the biggest matches of his career?

This is going to be the 12th meeting between both players, with Novak Djokovic leading the head to head 7-4. I think Djokovic comes into this match the underdog as I do not believe I have seen a strong enough level from him to prove to me that he can beat Thiem who is playing on another level this tournament. Djokovic will have to drastically improve his game, especially his serve here if he wants to win some easy points, but at the end of the day I believe Dominic Thiem will make his second final in a row here in London.