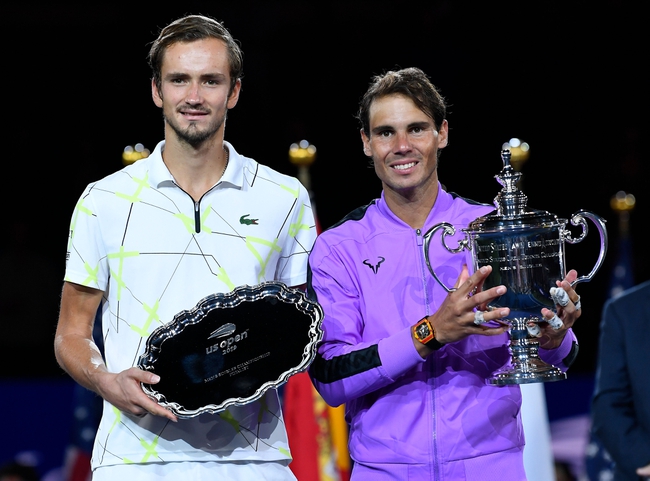 It is the showdown we have all been wanting in the semifinals as Rafael Nadal meets Daniil Medvedev in what is going to be an extremely tight and high intensity matchup on Saturday, November 21st 2020 at the ATP Finals in London. Will Medvedev get revenge for their last encounter, or will Rafa keep his 100% winning record against the Russian?

Daniil Medvedev is getting back to the levels we were used to seeing him play at last year, beating the likes of Zverev and Djokovic in straight sets in his group and finishing top of the group. Medvedev can attribute this success to the confidence gained two weeks ago by winning the Paris Masters. Medvedev now knows his toughest challenge is in front of him as he meets Rafael Nadal, a player who he has not won against in 3 tries and a mentally hard match as he was so close in the 2019 ATP Finals to beat Nadal when he was 5-1 30-40 up in the third set against Rafael Nadal only to lose the match in the tiebreak.

Rafael Nadal has put on his best level here in London, coming out of the group stages to the semifinals for the sixth time in his career. Nadal beat Rublev and Tsitsipas quite easily, and could have easily beaten Dominic Thiem in both sets. Nadal seems very determined here to win the title, and he will be very confident against Medvedev as he has both more energy than he did last year when they met here, and also he is injury free unlike last year where he had an abdominal tear issue.

This is going to be the fourth meeting between both players, with Rafael Nadal leading the head to head 3-0. Shockingly, the bookmakers have put Daniil Medvedev as the favourite here at -150, however, I strongly believe Rafael Nadal will come through this match. Nadal is much better than Medvedev in all aspects of his game, and he will have the mental edge over the Russian with their last encounter definitely in the back of the Russians mind. I expect Nadal to make his third ATP Finals Final.