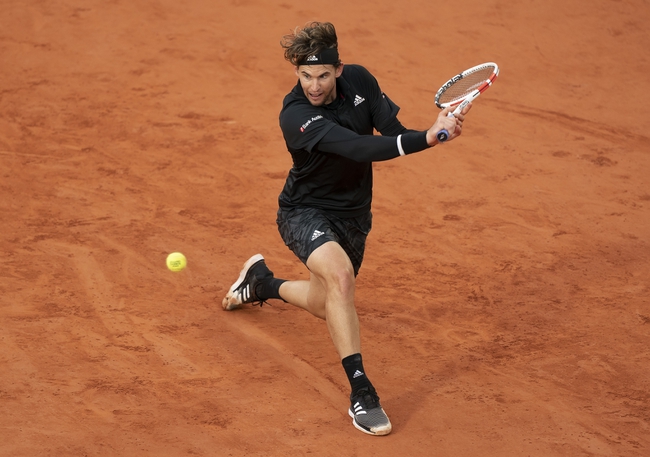 Dominic Thiem came through an epic against Novak Djokovic on Saturday, winning the first set 7-5 and looking quite comfortable doing so, however, not being able to take his 4 match point chances in the second set tiebreak really put Thiem on edge for the remainder of the match. Djokovic had seemed to have been able to find a way to get himself back into a winning position, and at 0-4 in the third set tiebreak, Thiem looked down and out. However, after that, Thiem went to win 7 of the next 8 points, giving everything and not backing off any shot he took. Djokovic was unable to counterpunch Thiem's incredible one-handed backhand cross court which sealed the match for the Austrian.

Daniil Medvedev also performed absolutely incredibly well against Rafael Nadal on Saturday. Coming back from 6-4/5-4 down with Nadal serving for the match, Medvedev decided that if he was to go out, he would go out swinging and fighting. Medvedev then went on a rampage, winning the second set with ease in the tiebreak, and then just putting too much pressure on the 20x Grand Slam Champion to win the third and final set 6-3.

This is a changing of the guards meeting, all of the Big 3 are beginning to lose more and more to these two young guys and it is not going to be long until we begin to expect these sort of results continuously. Both Daniil and Dominic put up incredible fights on Saturday, but it now comes down to the final. Dominic Thiem leads their head to head 3-1, and the last time they met was at the 2020 US Open Semi-Finals which Thiem won in straight sets. I think Thiem has showed me more here in London, but Medvedev can put up a fight. I believe Dominic Thiem will win this match as he knows what he has to do, especially after being here in this exact position one year ago. Dominic Thiem to win this final blockbuster of the year.

The pick in this article is the opinion of the writer, not a Sports Chat Place site consensus.
Previous Pick
ATP Finals: Novak Djokovic vs. Dominic Thiem 11/21/20 Tennis Prediction