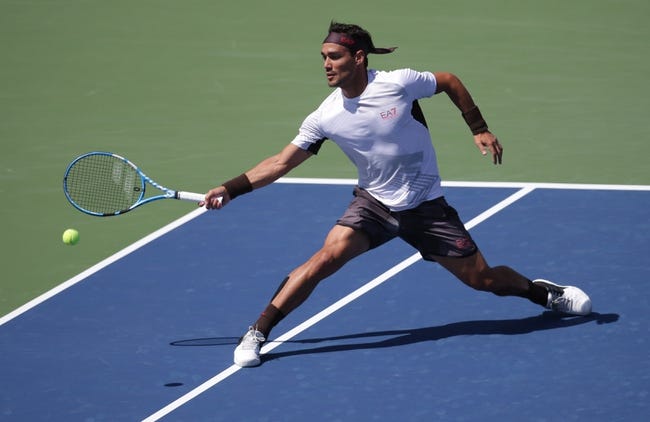 Third seeded Italian Fabio Fognini faces Michael Vrbensky of the Czech Republic in the First Round of the 2021 Antalya Open in Turkey. The match will take place on Friday January 8th, 2021 at approximately 5:40am EST. This appears to be a mismatch on paper with one player ranked in the top 20 and the other ranked outside the top 300, but it is not always that straightforward. The pair have never played each other and will both be eager to get their 2021 seasons off to a solid start.

Fabio Fognini is one of the most enigmatic players on the ATP Tour today. He is a former top 10 player and has 9 ATP titles to his name, including one Masters-1000 in Monte Carlo. His talent is undeniable and he is capable of beating any player in the world on any given day. The trouble is, it is difficult to know what his mental state will be, as he is just as likely to lose to an unknown player as he is to defeat a top 10 player. He had a poor 2020 season, winning just one main draw match after the restart and will be looking to get his career back on track in 2021 with a solid performance here. If he is in form, he is certainly one of the favorites for the title.

Michael Vrbensky is a very talented young player. Mainly plying his trade on the ITF and Challenger Tours, he will be relishing the prospect of facing the erratic Italian, as he knows that there is always a chance of an upset. Ranked 311, he will be rearing to go in 2021 in an attempt to significantly improve his ranking. He possesses a good serve and is consistent on both sides at the baseline. Like his opponent, he is more comfortable on clay but unlike Fognini, he is extremely inexperienced on this surface at this level. He surely will be aiming to stay consistent and frustrate his opponent, hoping that he self-destructs.

Fognini is one of the hardest players to predict as you never know which version of him will show up. One day he is highly motivated and unstoppable, and the next, totally disinterested. That being said, I expect him to be simply too good here. Even if he is rusty and not as his best, this is a top 20 player that we are talking about and he should have too much quality for the young Czech. Fabio Fognini to win.