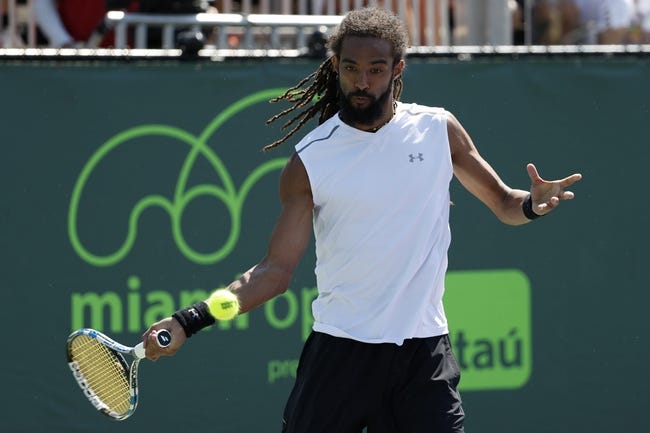 Dustin Brown of Germany faces American Maxime Cressy in the third and final round of the 2021 Australian Open Qualifying Tournament which is being played in Doha, Qatar this year. The match will take place on Wednesday January 13th at approximately 4:50am EST. The pair has never faced each other before, who will win and qualify for the first Grand Slam of the year?

The 23 year old Maxime Cressy is a French-American player currently ranked 168. He has a very unique style of play and is known for flashy shots and unique serves. He gained international attention for his performances at the US Open, where he constantly charged the net on the majority of points and regularly went for two first serves. He reached the Third Round with three set wins over Yannick Maden and Go Soeda, two experienced opponents ranked higher than him. He will have to be at his best against his opponent, who is also known for his unique style. Cressy will be banking on his huge serve to get him through this match.

Dustin Brown has long been one of the most popular players to watch on the ATP Tour, due to his extremely flashy and dynamic style of play. Any match with him is bound to be entertaining, with dive volleys, drop shots flashy winners sure to be involved. Currently ranked 261, he was once as high as #61 and has been in these sorts of situations many times before, giving him the edge on experience over his younger opponent. He defeated Hiroki Moriya in three sets in the First Round, and then dismissed Carlos Taberner in the Second Round. He will surely be liking his chances of advancing here, and will enter this match as the favorite.

I am going to pick Dustin Brown to win this match. This match will surely be one of the most entertaining thus far with plenty of incredible shotmaking. They both have big serves but Brown has a big advantage when it comes to experience and I expect him to be able to figure the youngster's game out and get the win. Dustin Brown to win and advance to the Australian Open Main Draw.