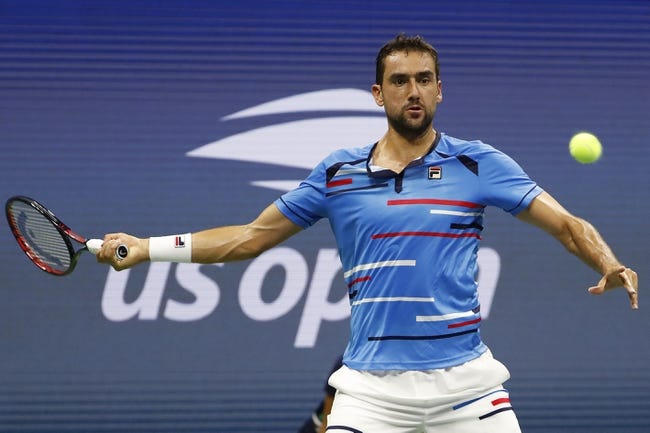 Eleventh seeded Marin Cilic of Croatia faces French veteran Jeremy Chardy in the First Round of the 2021 Murray River Open in Melbourne Australia. This event is one of two warm up tournaments for the Australian Open so the players will be desperate to put in some good performances here, to build some momentum for the first Grand Slam of the year. The match will take place on January 31st, 2021 at a time yet to be determined. They have played six times before, with the Croatian leading by 4 wins to 2. Will it be the former US Open champion to get the victory, or will the French journeyman Chardy to spoil the party?

Marin Cilic is currently ranked #43, a far cry from his career high ranking of #3. He is a former Grand Slam champion and has had a hugely successful career, but sadly has been in a slow decline over the past few years. He is still a very dangerous player however, and will be eager to finish his career with a bang. He is coming off a poor season in 2020, failing to pass the Round of 16 in any of the tournaments, and losing in the opening round in four of them. He still possesses a huge serve which is one of the best on tour and huge groundstrokes. His movement has been slowing down in recent years so that is a major weakness that opponents can exploit.

Jeremy Chardy has also had a relatively successful career, albeit not to the level of his illustrious opponent. He is currently ranked #66, down from his career high of #25. He has one ATP title to his name and like Cilic will be looking to finish his career on a high note. He has begun the year strongly, reaching the Semi-Final in Antalya a couple of weeks ago, defeating Fabio Fognini in the process. He is a very crafty player and can be very tricky to beat.

I am going to pick Marin Cilic to win this battle of the veterans. Despite his game being in decline he is still a very good player and has had much success in Australia, reaching the Australian Open Final in 2018. He should be able to overpower Chardy here and get the win.

The pick in this article is the opinion of the writer, not a Sports Chat Place site consensus.
Previous Pick
A Day At The Drive: Rafael Nadal vs. Dominic Thiem Tennis Prediction
Next Pick
Great Ocean Road Open: Feliciano Lopez vs Kevin Anderson Tennis Prediction