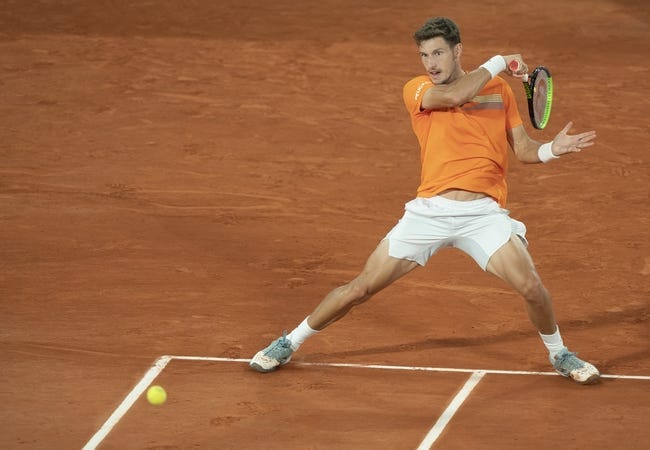 The doubles here at the ATP Cup is always something special as players come out strong to represent their country, and this match is going to be no different. We have Team Spain coming up against Team Australia with some of the best doubles players in the world taking the centre stage as Granollers/Carreno Busta meets Peers/Saville.

Pablo Carreno Busta and Marcel Granollers are two very solid players, especially in doubles, with both players having won multiple titles in their career in doubles. Granollers is of course the more experienced of the two in doubles, but they are both very solid players when it comes to playing on an enlarged court. It is always good to have a mix of a veteran of doubles, in Marcel Granollers, and a very strong singles player who has had some success in doubles, in Pablo Carreno Busta. Will Team Spain be able to use their diversified skillset to open up the court and find gaps against Team Australia?

John Peers and Luke Saville are highly talented doubles players who have had a lot of experience playing together in the past. Team Australia will be heavily reliant on their doubles performances as they see a very tough and tight singles draw. Peers and Saville are strong players who are able to hit big and with pin point accuracy. However, they sometimes do not put in the performances you’d expect from such an experiences pair. Will Team Australia be able to give themselves some hope with their doubles performances here at the ATP Cup?

This is going to be the 1st meeting between both teams and it is going to be a very tight one in my opinion. Peers/Saville, on paper, are the more known doubles pairing, however, Granollers/Carreno Busta are extremely talented both in singles and doubles, allowing them to have an additional array to the way they play the game. We often see singles players succeeding in doubles, as they see different shot opportunities which just doubles players do not always see. It is going to be hard to predict this one, but if I have to choose, I think Team Spain would be able to get an edge here due to their increased variety in talent.