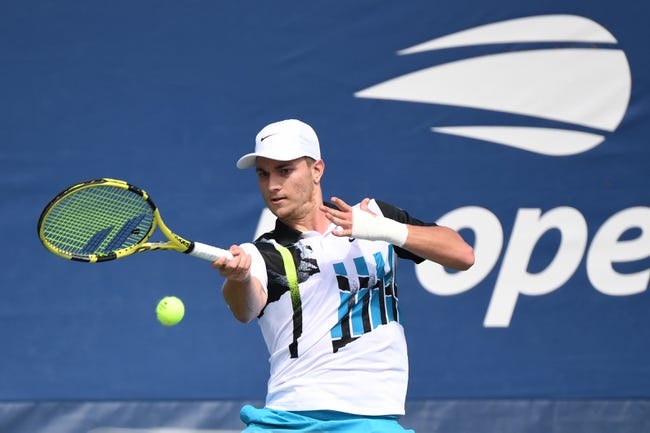 Miomir Kecmanovic looks to have yet another very solid season in 2021 in his second tournament here at the Murray Beach Open. Will Kecmanovic perform a bit better than he did at the Antalya Open, or will Soonwoo Kwon be able to cause the upset here in the first round?

Miomir Kecmanovic began his 2021 season at the Antalya Open, however, not all went to plan. Kecmanovic was dominating in his first round match against Stefano Travaglia, winning the first set 6-1. However, in the second set, Kecmanovic did not convert many break point opportunities, and when he gave up a break point, he lost the set 6-4. Travaglia then utilized all this momentum to absolutely destroy the youngster, and win the match in the third 6-0. Kecmanovic knows he should have won that match in straight sets, and I would imagine he is highly motivated to come out here at the Great Ocean Road Open and preventing another upset from happening. Will he be able to do so, or will another upset be on the cards?

Soonwoo Kwon came through an extremely hard throught 3-set match against Andrej Martin which saw Kwon win in a 3rd set tiebreak 6-3/6-7/7-6(4). Kwon played some solid matches last year in ATP 250 tournaments, and he will want to ensure his 2021 season is even better. Unfortunately for Kwon, he comes up against a player who is seen as one of the best up and comers in the game, Miomir Kecmanovic.

This is going to be the first meeting between both players. I would expect a tight encounter as both players are very talented on hard-courts, however, Kecmanovic’s will and determination is larger in my opinion, and should drag him over the line in this first round match. Kecmanovic is definitely going to continue to rise up the rankings if he plays like he did last year, but he needs to ensure he doesn’t lose in the early rounds of these tournaments where he should be really competing for the titles. Miomir Kecmanovic to win and make the third round here at the Great Ocean Road Open.