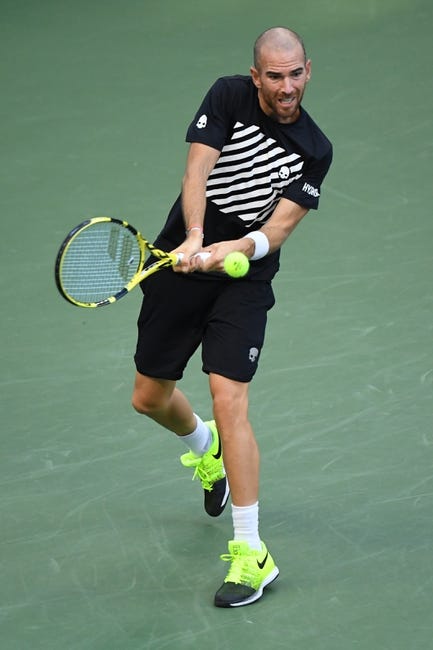 Tenth seeded Frenchman Adrian Mannarino faces unseeded American Marcos Giron in the Second Round of the 2021 Murray River Open in Melbourne, Australia. This tournament serves as a warm-up event for the Australian Open and both players will be eager to build some momentum heading into the first Grand Slam of the year. The players have faced each other twice before, with the Frenchman claiming both. Will the unseeded Giron register his first win of the series or will Mannarino extend his winning run?

Adrian Mannarino is currently ranked #35 in the ATP Rankings but has been as high as #22. He has been a staple in the top 50 for a few years now, and is a very underrated player. After a rough to the 2020 season where he struggled to win any matches, he finished with a bang. Starting off with a quarterfinal appearance at the Cologne Open where he lost to Alexander Zverev, he proceeded to make it to the final of the Nur-Sultan Open, third round of the Paris Masters and then again a semifinal at the Sofia Open to finish the year ranked 35th. He is a very consistent player, who has every shot in the book and very solid on both sides. He won his opening round match 7-5, 6-2 over Mikhail Ymer and seems in good form here in Melbourne.

American Marcos Giron is ranked is ranked #73 and had a solid year in 2020. He played most of his tennis at the Challenger level but has steadily improved his rankings to the point where he can qualify for the ATP events. He made his breakthrough at the Antwerp open late in 2020, reaching the Quarter-Finals and achieving a career-high ranking of #70. A classic counterpuncher, he relies on his speed and defense to win matches. He will have to be at his best to get the win here, against a player that has a similar game-style to him but is much more experienced at this level.

This could be a potentially tricky match for Mannarino but I expect him to pull through. Giron is an extremely hardworking player that never gives up, so if Mannarino is not at his best he could be in real trouble here. However he ended the year very well and seems in good form here. Adrian Mannarino to win in two close sets.