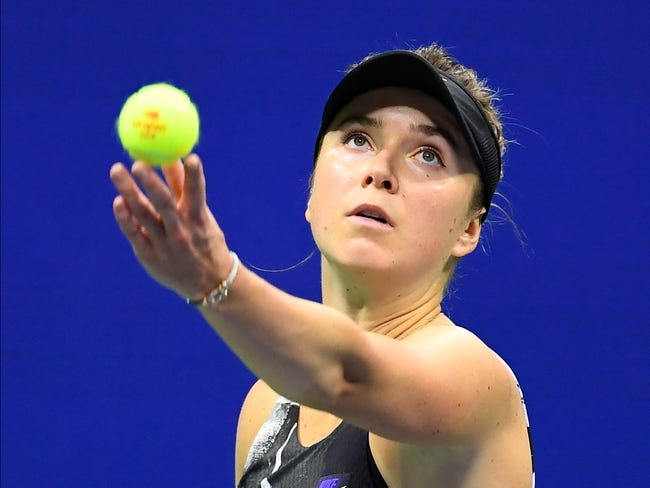 Elina Svitolina (5) meets Yulia Putintseva in the third round of the 2021 Australian Open on Saturday, February 13th 2021.

Will we see another dominant display from Elina Svitolina, or will Yulia Putintseva be able to cause what would be a shocking upset here in the third round on Saturday?

Yulia Putintseva came through a very tough 3 set match against Van Uytvanck, beating the Belgian 6-4/1-6/6-2. Putintseva was tight for the first two sets, but as able to split them, allowing her not to falter at the loss of the second set. In the third set, that's when she began to play a bit more freely and took advantage of the many mistakes of Uytvanck. Putintseva knows that she cannot have this same sort of match if she wants to go through to the fourth round as her mistakes will be punished by the very in form Elina Svitolina.

Elina Svitolina absolutely dominated Coco Gauff in the second round, beating the young American superstar in straight sets 6-4/6-3. Svitolina was on top throughout the entire match, and you could tell that Coco Gauff had no idea what she could do because Svitolina was just returning everything. Elina has not played this well for a few months now and it is great to see this level of tennis back from the no.5 seed. Svitolina knows that she can definitely challenge for the title here if she plays her best tennis, and she will want to do just that this year.

This is going to be the third meeting between both players, with Elina Svitolina leading the head to head 2-0. I expect this to be yet another domination by Elina Svitolina here at the Australian Open. The Ukrainian star is playing superbly at the moment, and perhaps is one of the most consistent players in the tournament other than Ashleigh Barty and Serena Williams. I do not see this being a 3 set match, but rather a 2 set domination against Yulia Putintseva who did not show that much positive tennis in her second round match against a much lesser opponent. Elina Svitolina to win.