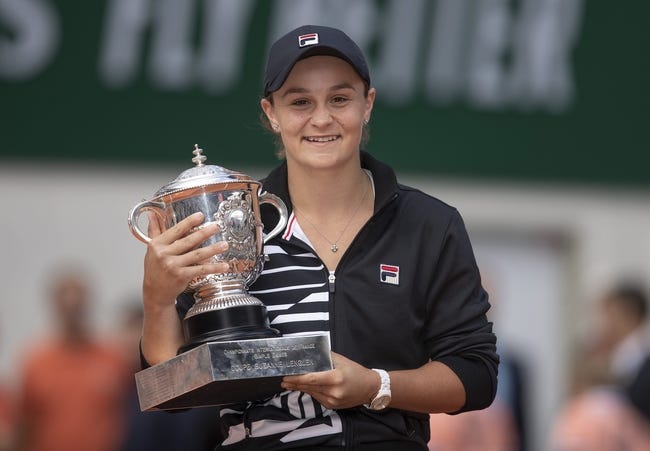 Ashleigh Barty (1) meets Shelby Rogers in the fourth round of the 2021 Australian Open on Monday, February 15th 2021.

Will Ashleigh Barty continue to cruise through her matches here in Australia in her quest to win her maiden Australian Open title in front of her home fans, or will Shelby Rogers cause the shocking upset?

Shelby Rogers put on a very solid performance against the No.21 seed, Anett Kontaveit, in the third round on Saturday, beating her opponent in straight sets 6-4/6-3. Shelby Rogers is a very solid player, and she is a very tough opponent to beat when she is playing at her best level. Shelby can definitely ruffle some feathers for her opponents, but will she be able to get the job done against such a tough opponent and the best player in the world at the moment in Ashleigh Barty in her home country on Monday?

Ashleigh Barty cruised through her third round match against Ekaterina Alexandrova (29), beating the Russian in straight sets 6-2/6-4. Ashleigh Barty is definitely the favourite to win the tournament, especially with the way she has been playing recently, not giving her opponents anything easily. Barty is very strong on these surfaces, and her slice backhand can hurt her opponents as they are not able to get the spin they want on the ball to hit their spots. Will Ashleigh Barty continue to cruise here and show us that although she did not play for a year, she is still the top dog in the WTA Tour?

This is going to be the third meeting between both players, with Ashleigh Barty leading the head to head 2-0. They last met on the 4th February 2021 at the Yarra Valley Classic, where Ashleigh Barty won in 3 sets. It was a very tight match, but when it mattered most, Ashleigh Barty came out to play. I expect Barty to be in better form since that match, and she will come out here wanting to get the job done in straight sets and book her spot to the quarterfinals of the 2021 Australian Open.