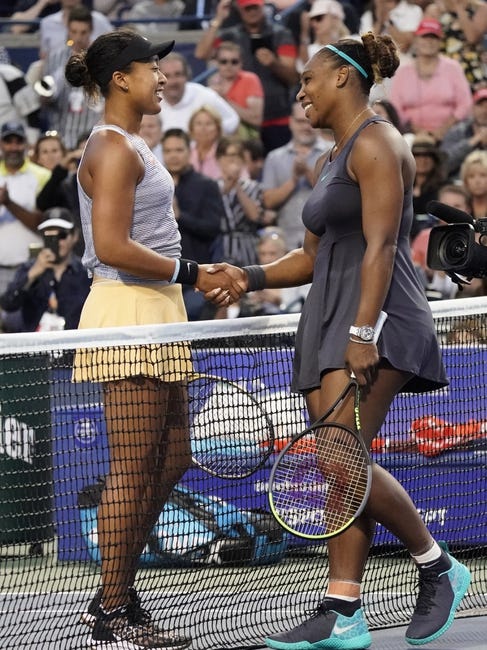 Third seeded Japanese superstar Naomi Osaka faces unseeded Su-Wei Hsieh of Taiwan in the Quarter-Finals of the 2021 Australian Open in Melbourne. The match is scheduled to be played on Monday February 15th, 2021 at 9:30pm EST. They have played each other on five occasions, with Osaka winning all but one of the matches. Will she cruise into the Semi-Finals or can the Hsieh spring yet another upset?

Naomi Osaka has been in fantastic form so far at the Australian Open, and seems to be peaking at exactly the right time. After dominating all of her opponents in straight sets up to the Round of 16, she had a major scare, being down match points to Garbine Muguruza before fighting back to win 7-5 in the third set. It was a fantastic match worthy of a final, with both players playing outstanding baseline tennis. Naomi Osaka is considered the heavy favorite to reclaim her 2019 Australian Open title and she will feel extremely confident heading into this match against a player she has beaten four out of five times. Her serve is the one area that can let her down at times but it has been working well here and she is striking the ball as cleanly as ever. If she continues this rich vein of form it is hard to see anyone stopping her.

Su-Wei Hsieh is a veteran of the WTA Tour and is currently ranked #71, a long way from her career high of #23. She is an extremely unorthodox player, using two hands on both wings and frequently using drop shots and slicing. She is an extremely unsettling player to face and can make her opponents very uncomfortable. She scored the first big upset of this event when she dismissed Bianca Andreescu in the Second Round and has been on a tear since then, upsetting yet another seed in Marketa Vondrousova in the Round of 16. She has the type of game to unsettle Osaka if she is not fully focused and will be a dangerous opponent here as she is playing freely and without pressure.

While I think Hsieh is a dangerous opponent due to her unique style, I think that Osaka is in such good form that she should win comfortably. They have played each other five times in the past so she knows what to expect and will not underestimate Hsieh. Naomi Osaka to win.