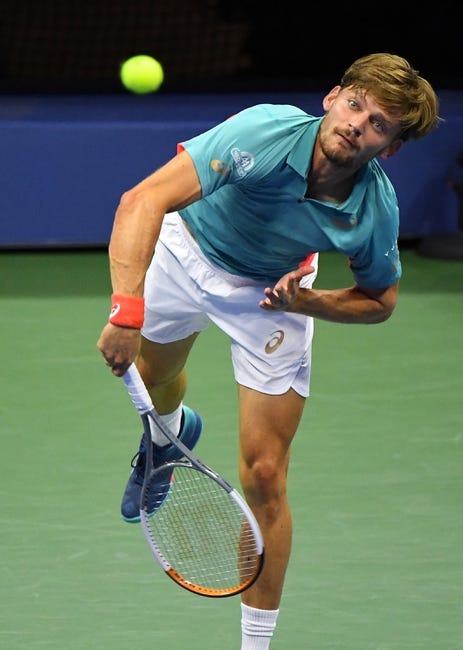 The 2021 Open Sud de France continues in Montpellier with some exciting matches on display on Day Three. The matches will be played on Wednesday February 24th, 2021 starting at 5:30am EST. Below we preview the day's matches.

Lorenzo Sonego vs Sebastian Korda - The match of the day features two exciting young players, Italian Lorenzo Sonego (7th Seed) and unseeded American Sebastian Korda. Sonego escaped a tricky encounter against Hugo Gaston in three sets while Korda defeated former top 5 player Jo-Wilfried Tsonga in straight sets. Both of these players are aggressive baseliners with strong serves. Sonego likes to get forward and to take time away from his opponents and Korda likes to dictate points using his serve. I expect a very entertaining match with Sonego winning, likely in three sets.

Ugo Humbert vs Tallon Griekspoor - Fifth seeded Ugo Humbert of Frances faces Tallon Griekspoor of the Netherlands. Humbert defeated Norbert Gumbos in straight sets while had an impressive three set win over Marcos Giron after coming through the Qualifying Rounds. Humbert is one of the most talented young players on tour and I expect him to have too much quality from the baseline for the Dutch player. Griekspoor has a strong serve and if he is aggressive he can make things interesting but after some long matches in the qualis and the First Round it is unlikely that he has much left in the tank. Humbert to win in straight sets.

David Goffin vs Benjamin Bonzi - Second seeded Belgian David Goffin faces Benjamin Bonzi of France in the Round of 16. Goffin is a former top 10 player who has been struggling for consistent form recently, as evidenced by his poor 2020 season and 2021 Australian Open. Benjamin Bonzi was impressive in his First Round win over countryman Lucas Pouille and will be confident heading into this one. Unfortunately, it is not likely that he will have enough to trouble the Belgian star, who will be highly motivated to get his 2021 season back on track.