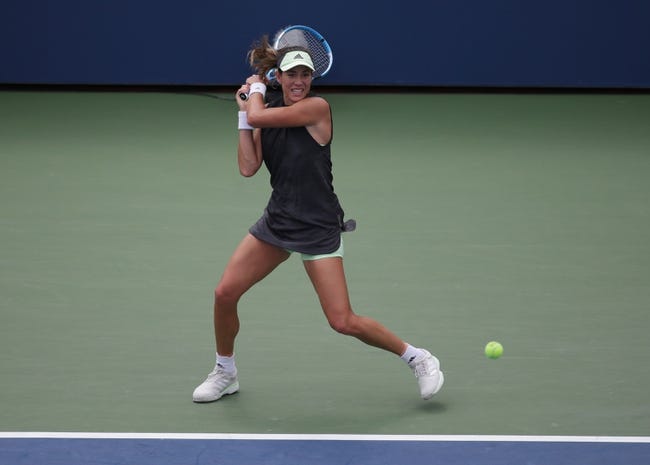 Eighth seeded Victoria Azarenka of Belarus faces unseeded Spaniard Garbine Muguruza in the Semi-Finals of the 2021 Qatar Open WTA Event in Doha. The match is scheduled to be played on Friday March 5th, 2021 at 12:15pm EST. They have played each other four times in the past, splitting the matches. Who will win and advance to the Final?

Victoria Azarenka is a former world number one and is one of the best players in the world. After an outstanding 2020 season, re-establishing herself as a top 10 player, she has largely struggled in 2021, only winning one match before this tournament. After a poor Australian Open where she lost in the First Round to Jessica Pegula, she has been back to her best here, not losing a set to get to this point. In the Quarter-Final she had an outstanding straight sets win over number one Elina Svitolina and will be very confident heading into this match.

Garbine Muguruza is a former Grand Slam champion and world number one who has struggled with consistency in recent years. Now ranked #16, she has been in very good form to start the year, reaching the Final in Adelaide and then losing to eventual champion Naomi Osaka in the Fourth Round at the Australian Open after dominating the majority of the match. She has struggled with her focus throughout her career but seemingly has that under control now, and looks renewed this year. She has a very aggressive game and is a very intelligent tactician, being able to adapt to every situation and game style. Like Azarenka, she has been in great form here, with wins over Sabalenka and Sakkari to reach this point.

This match is guaranteed to be a thriller, and will almost certainly go the distance. Azarenka and Muguruza are both former world number ones and Grand Slam champions, and have extensive experience in these situations. It is hard to pick a winner but I am going with Muguruza here. She was clinical in her win over Sakkari and I expect her to just have the edge here.