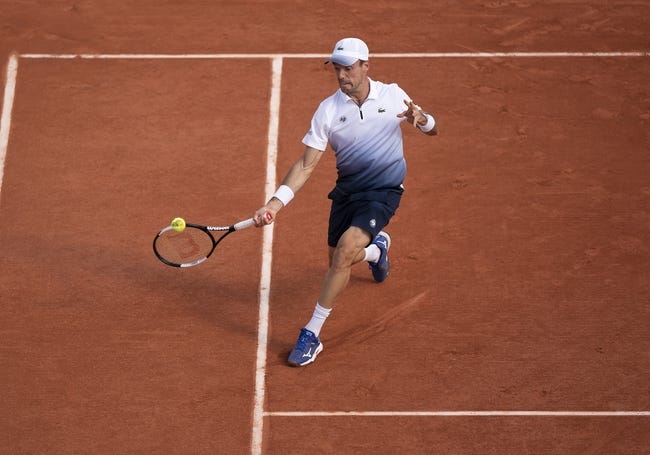 Roberto Bautista Agut (5) meets Alexander Bublik in the second round of the 2021 Doha Open on Wednesday, March 10th 2021.

Will Alexander Bublik be able to cause the upset against the very experienced RBA, or will Roberto Bautista Agut put on yet another great performance as he did in the first round?

Roberto Bautista Agut came through an extremely tight first set encounter against Reilly Opelka, coming back from a set down to win in three sets 3-6/6-3/6-4. RBA did not seem to be in control of the match at all in the first set, but found a way to outwear the big swinging American. RBA is known for his ability to play extremely long rallies and matches, enabling him to just gain an edge against opponents who might not have the same physical game as he does. Can RBA now make his way to the quarter finals by beating Alexander Bublik?

Alexander Bublik beat Ramkumar Ramanathan easily in the first round, beating the Indian in straight sets 6-4/6-2. Bublik is in great form at the moment, coming off the Singapore Final two weeks ago, and his biggest win in his career over Alexander Zverev just under a week ago. Alexander is very talented, and I am sure that in the next few years, he will become a staple in the tennis world. However, for now, there are still some areas in his game which can be picked apart by very experienced players. Can Bublik prevent RBA from doing just that on Wednesday?

This is going to be the second meeting between both players, with Alexander Bublik having won their only prior encounter. This was 5 years ago, and RBA has drastically improved since then as well as Alexander Bublik. We are in for a very tight match here, and I am sure it will provide us with more than enough drama on Wednesday. I believe that Roberto Bautista Agut will come out on top here due to his increased experience, and his amazing game in these hot Qatar conditions. It will be very tight, but RBA will book his spot in the quarter finals.