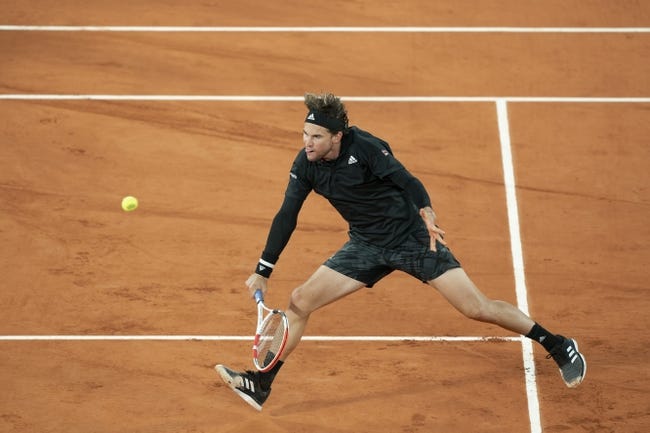 Will Lloyd Harris be able to cause what would be a shocking upset and the biggest victory of his career, or will Dominic Thiem bounce back after that tough quarter final loss last week to RBA in Doha?

Dominic Thiem is just coming off an extremely tough quarter final match against Roberto Bautista Agut at the 2021 Doha Open where both players gave it their all until the end, and although Thiem lost, he should be proud of that match. Thiem always takes a little bit of time to get accustom to playing again once he takes a break, and I am sure that coming into Dubai, he will be ready to give it his all and get down to business in the hopes of winning the title he is favourite to win.

Lloyd Harris has been in strong form recently, coming through qualifying at the 2021 Doha Open and knocking out Stan Wawrinka in the first round. Here in Dubai, Harris has again come through qualifying, but this time he will be a little bit less excited as he meets a very tough opponent in the No.1 seed here, Dominic Thiem. Harris has a big swinging game, but he also has little experience against the biggest players in the world. How will he do against Thiem in this second round encounter in Dubai?

This is going to be the first meeting between both players, and unfortunately for Lloyd Harris, this is going to be a Dominic Thiem domination. Dominic Thiem has gotten two tough matches under his belt in these conditions last week to get his game up to speed, and I am sure he is ready to take on anyone and everyone in Dubai. Dominic Thiem, when in form, is a different beast, and I believe he will not waste his precious time on court and energy in prolonging these first few rounds of matches. Dominic Thiem in straight sets to book his spot in the third round.