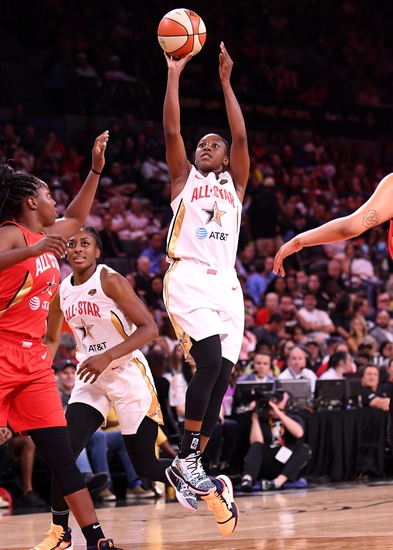 The Connecticut Sun and Minnesota Lynx meet Sunday in WNBA action at the IMG Academy.

The Connecticut Sun are coming off a 23-win season that ended with a WNBA Finals loss to the Washington Mystics. The Sun will be without their top scorer from last season in Jonquel Jones, who is one of many big name players who has decided to sit out the season. The good news is that the Sun added a veteran in DeWanna Bonner to go with the dynamic duo of Jasmine Thomas and Alyssa Thomas which should soften that blow a little bit. The Sun also picked up Kaleena Mosqueda-Lewis, who is returning home after winning three titles with the UConn Huskies and being a knockdown shooter from the outside. The Connecticut Sun are going to miss Jones, but this is still a more than respectable roster capable of great things.

The Minnesota Lynx won 18 games last season and lost in the first round of the WNBA playoffs. The Lynx are a far cry from the team they were a couple of seasons ago with so many veterans gone and not having Maya Moore around to lead the charge. The Lynx go from being the favorites to win the title every year to a question mark to even making the playoffs. With that said, Sylvia Fowles provides veteran leadership and Napheesa Collier is coming off a Rookie of the Year campaign. Karima Christmas-Kelly returns from injury and Lexie Brown is an explosive shooter capable of greater things in an expanded role. Still, the Lynx are no longer the team to beat in the WNBA.

The Minnesota Lynx don't have the talent they've had in years past, and they don't have the leadership needed to have a great deal of success in these odd circumstances. The Connecticut Sun may be without their leading scorer from last season, but they're also a deep team that had many players responsible for a run to the WNBA Finals. The addition of Bonner can almost replace losing a player such as Jones, as she's been one of the more underrated players in the league for a while now.

I'll take the Connecticut Sun and the likely chalk.