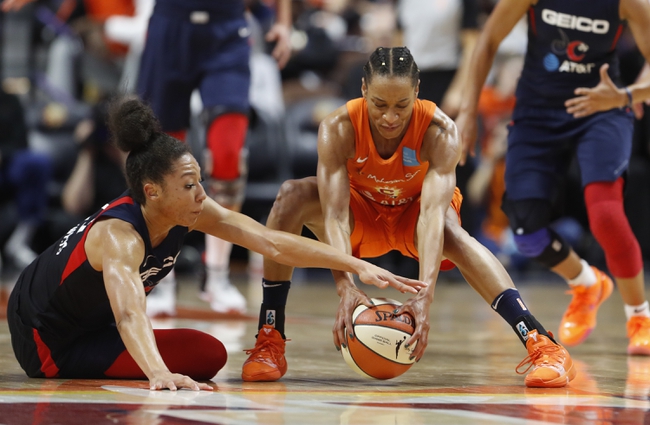 The Los Angeles Sparks and Washington Mystics meet Thursday in WNBA action at the IMG Academy.

This was supposed to be a terrific game, but now with the Mystics are falling apart before our eyes, losing five straight and failing to cover those games as well. The Los Angeles Sparks are the type of talented and experienced team that can run circles around a struggling team. Oddsmakers clearly aren't expecting a Mystics turnaround here. I'll lay the chalk.