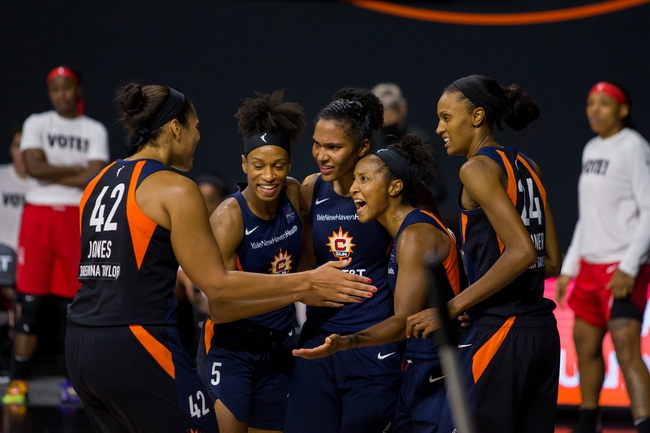 The Connecticut Sun and Las Vegas Aces meet Sunday in game four of the WNBA semifinals playoffs at the IMG Academy.

The Las Vegas Aces are the more talented team and should be winning this series, but they're not playing like it and are a fourth quarter away in game two from getting swept. The Connecticut Sun continue to get disrespected from oddsmakers and continue to win, and they're now 4-1 SU in the playoffs. While the Aces bouncing back would surprise nobody, it's hard to turn down free points with the Sun based on how they've played.