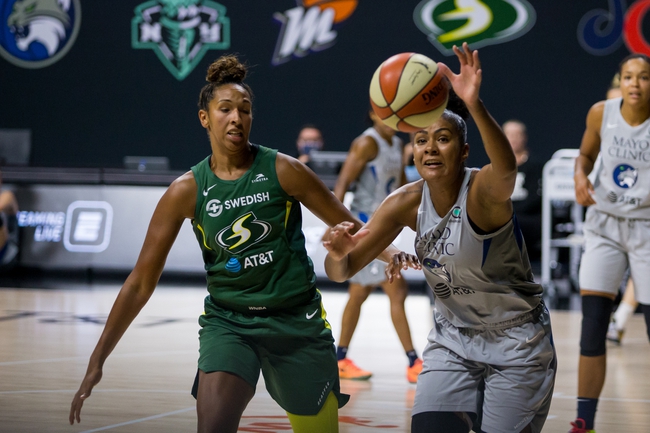 The Minnesota Lynx and Seattle Storm meet Sunday in game three of the WNBA semifinals playoffs at the IMG Academy.

The Minnesota Lynx probably should have won game one of this series and hung around in game two despite allowing nearly 51 percent shooting from the field. The Seattle Storm are obviously the better and deeper team in this contest, but the Lynx are experienced enough and shoot the three ball well to give themselves a chance. While a Storm sweep is likely, this still feels like too many points to give a prideful Lynx club. Give me the free buckets.