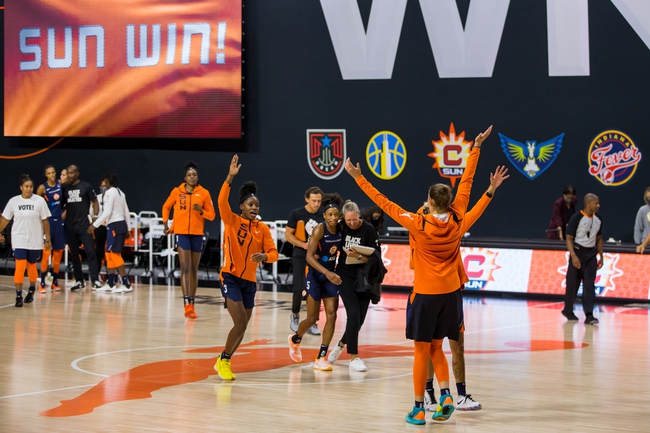 The Connecticut Sun and Las Vegas Aces meet Tuesday in game five of the WNBA playoff semifinals at the IMG Academy.

We're finally getting a somewhat reasonable line with the Las Vegas Aces, the more talented team that's a bit more trustworthy in a series deciding game five. We also just saw the Aces win game four by nine points despite making just one three and getting just four points from their bench. The Connecticut Sun have put up a great fight and have shown they have the ability to push the Aces, but Las Vegas' game four victory showed a lot about this club and a game five, which in this case is a game seven, it's usually the team with the stars that come through. McCoughtry and Wilson should send the Aces to the WNBA finals.