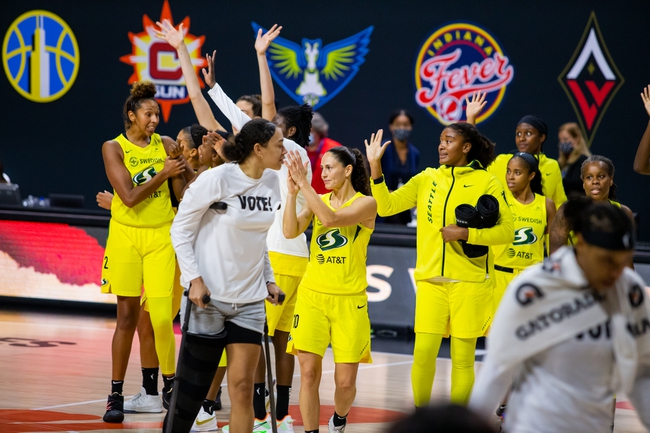 The Seattle Storm and Las Vegas Aces meet Tuesday in game three of the WNBA Finals at the IMG Academy.

The Seattle Storm continue to play at a ridiculous level offensively in these playoffs and are making it harder and harder to bet against them. Even when Las Vegas is able to string stops and get the game close, it doesn't take long for the Storm to hit a few outside shots and open the game up again. We've seen it twice in this series where the Aces tie the game up and when you blink, they're down double digits again. The Aces will continue to play hard with their season on the line, but the Storm are just too good. I'll eat the chalk, as the Storm win their fourth WNBA title.

The pick in this article is the opinion of the writer, not a Sports Chat Place site consensus.
Previous Pick
Las Vegas Aces vs. Seattle Storm WNBA Finals Picks, Odds, and Predictions 10/4/20