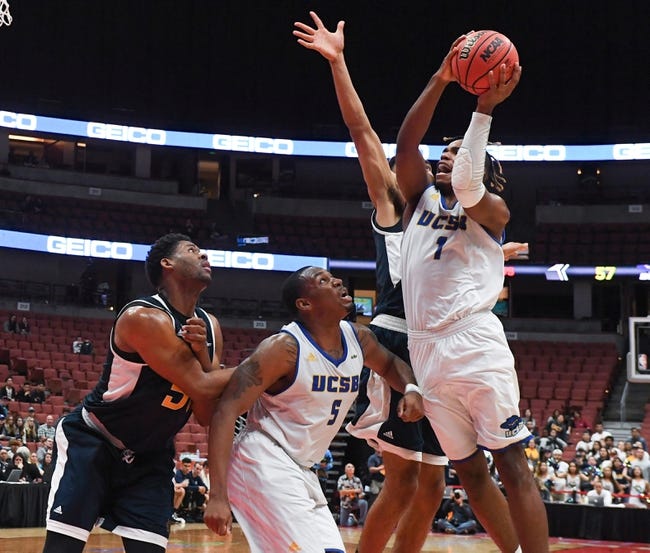 The UC-Santa Barbara Gauchos and the UC-Irvine Anteaters meet in college basketball action from the Bren Events Center on Sunday night.

The UC-Santa Barbara Gauchos will look to find some consistency after alternating wins and losses in each of their last 4 games following a 75-56 loss to the Anteaters last time out. Ajare Sanni led the Gauchos with 15 points on 6 of 14 shooting with 5 rebounds as the lone UC-Santa Barbara player to score in double figures in the losing effort. Amadou Sow had 7 points with a team-high 8 rebounds while Deveari Ramsey added 5 rebounds and a team-high 4 assists with a pair of steals. JaQuori McLaughlin added 9 points but still leads UCSB in scoring with an average of 16.2 points as well as a team-high average of 5.2 assists per game while Sow leads the Gauchos in rebounding with 6.4 rebounds per game this season. As a team, UC-Santa Barbara is averaging 81.8 points on 50.7% shooting from the field, 35.3% from 3-point range and 67.2% from the foul line while allowing opposing teams to average 64 points on 40.9% shooting from the field and 30.6% from 3-point range this season.

The UC-Irvine Anteaters will look to add to their win over UCSB on Sunday. Brad Greene led the Anteaters with 14 points on 6 of 8 shooting with a team-high 12 rebounds for the double-double while Collin Welp added 11 points along with 8 rebounds as the only other double-digit scorer for UC-Irvine in the win. Isaiah Lee added 8 points with a team-high 4 assists and a pair of steals while Dawson Baker and JC Butler each had 9 points as well in the victory. Baker leads UC-Irvine in scoring with 11.8 points per game while Greene leads the Anteaters in rebounding with 7 rebounds per game and Lee leads UC-Irvine in assists with 3.4 assists per game this season. As a team, UC-Irvine is averaging 79.1 points on 48.9% shooting from the field, 34.7% from 3-point range and 73.1% from the foul line while allowing opposing teams to average 65.4 points on 39.3% shooting from the field and 31.1% from 3-point range this season.

The head-to-head trends point to UC-Irvine sweeping the Gauchos at home, but to be honest, I just don’t see it. We’re seeing in these back-to-backs that when one team loses the first game, more often than not, they’re bouncing back in the second and I think that’s no different here. I think there’s value to be had with the free bucket and UCSB, so I’ll take UC-Santa Barbara and the points here.