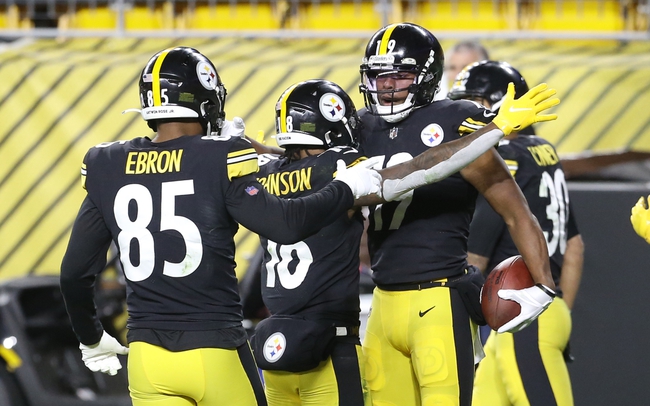 We have some great football action this afternoon as after a few postponements, we are finally going to watch Baltimore Ravens & Pittsburgh Steelers square off today at Heinz Field. Let us take a look at some of our Cash Game & Tournament strategies for the DraftKings Single Game Showdown today!

If you have been following the updates on this game, you already know that Baltimore is going to be missing a bunch of key players today, including Lamar Jackson, J.K. Dobbins. Mark Andrews, Mark Ingram II, & Willie Sneed IV.

Pittsburgh is also missing one key player in James Conner.

For this single game showdown, it’s clear for cash games that you are going to want to favor the Pittsburgh Steelers, including look at both Chris Boswell & the Pittsburgh Defense.

For the running backs, you can make the argument for Benny Snell, however, I’m still in favor of going more with the Pittsburgh passing attack.

Depending on what you want wish to do at your CPT spot (PIT Def, Benny Snell, WR, or Big Ben) will depend on how many receivers you’re able to roster, however, I think you need to get at least two of the above three in your lineups.

I like both kickers today as a way to save salary and don’t mind lineups in which my only Baltimore player is Justin Tucker.

For GPP lineups today, it’s clear that Baltimore’s offense is going to have some low ownership totals so if you get 2-3 Ravens in your lineup, you’re certainly going to create some roster separation. I’m not big on Gus Edwards today as beating the Pittsburgh front center is going to be tough and I do think he still splits some carries with Justice Hill.

If I were throwing in a GPP lineup, I would go with Griffin and two of his receivers. I don’t mind Duvernay as I think he is a good GPP play today with his upside to break off big plays and also being a factor on special teams.

The good news is that evening going with Griffin and Brown, you’ll have plenty of salary to get a few key Pittsburgh players at your MVP and FLEX positions.