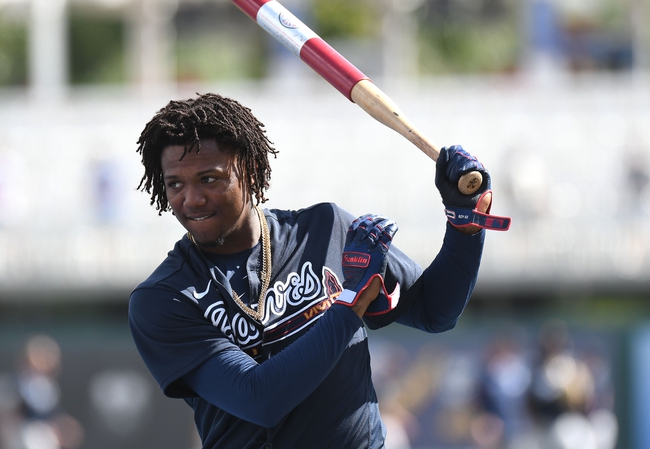 The Atlanta Braves come into the abbreviated 2020 Major League Baseball season trying to take a step forward with their young core and make some noise in a shortened year.

The Atlanta Braves will look to make another  step in the right direction after winning a second straight NL East division title in 2019 with a 97-65 record with the .599 winning percentage being the highest for Atlanta since recording 101 wins in 2003. The Braves were bounced from the playoffs in the NLDS by the St. Louis Cardinals, making it 18 straight seasons without an appearance in the NLCS.

The Braves had a lot to be happy with last year, as Ronald Acuna Jr. had a strong season where he looked like he was going to flirt with a 40/40 season, but ultimately finished with 41 homers and 37 stolen bases. Ozzie Albies and the newly-acquired Marcell Ozuna make up a formidable top half of the batting order, with Ozuna sliding in perfectly as the universal DH for Atlanta. Fredde Freeman will likely slide into the #4 spot in the order when available, but he is currently out indefinitely after acquiring the coronavirus The usual suspects fill out the lineup for Atlanta, including Nick Markakis, Ender Inciarte, Dansby Swanson and Johan Camargo. The young pitching group is also in tact with Mike Soroka and Max Fried back after going a combined 30-10 last season. Mike Foltynewicz will be in the lineup and recently-acquired veteran Cole Hamels will slide in as a solid #4 if he can stay healthy. The #5 spot would have been up for grabs between King Felix Hernandez and Sean Newcomb with the likes of Julio Teheran and Dallas Keuchel gone from last year’s squad, but Hernandez decided to opt out of the 2020 season due to health concerns. The biggest loss from last year’s Braves squad is definitely Josh Donaldson, who underwent a career renaissance with the Braves last year hitting 34 homers and 97 RBIs. All in all, even with the Braves losing Donaldson, Atlanta did well enough in the early stages of free agency to put themselves in the best overall position for a strong push when the season starts later in July.

As far as the schedule goes, the Braves will play their traditional NL East opponents and will match up against the AL East. The Braves will be involved in some high-profile matchups with that alignment, including against the Nationals and Phillies within the division as well as the Yankees who are positioned to rule the AL East this year. However another matchup I’m excited to see is Atlanta against another young, up and coming and talented team in the Toronto Blue Jays. Toronto has a solid core of Bo Bichette, Vladimir Guerrero Jr. and Cavan Biggio to name a few and while the young Jays aren’t there yet, they could be looking into the mirror of the future seeing what the Braves have had at their disposal and how the two teams took similar paths to get to where they are today.

Odds/Prediction: Like I said before, the Braves made moves in free agency that weren’t star-studded moves, but the important thing was that they helped add depth and made the Braves better. This is going to be a competitive division alignment for Atlanta, but the Braves’ batting order is one of the most potent in the National League if not the Major League, and the pitching rotation is solid enough to help Atlanta win that division once again. The Braves are still one of my dark horses to win the NL pennant but I think we’re looking at a 36-37 win Atlanta team so I’ll side with the over for Atlanta in the win column this season.