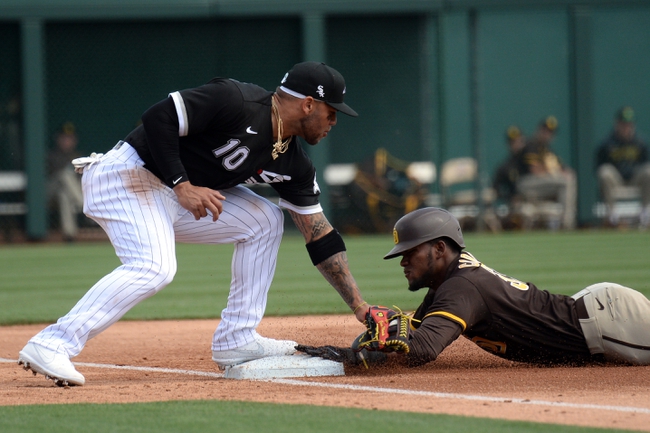 The Chicago White Sox hope to make a splash in the AL Central in the abbreviated 2020 MLB season.

The Chicago White Sox come into the 2020 season with high hopes, even in a shortened season, after finishing the 2019 campaign with a record of 72-89, good for 3rd in the AL Central, but missing the playoffs for an 11th consecutive season despite a ten-win improvement from the season prior. Only time will tell if the White Sox finally live up to their lofty expectations in year four under manager Rick Renteria.

On the White Sox roster, there’s some normalcy at the top of the order, with Tim Anderson, Yoan Moncada and Jose Abreu leading the charge, but in the middle, expect to see Chicago’s newest pair of free agent acquisitions in catcher Yasmani Grandal and presumable DH Edwin Encarnacion. Eloy Jimenez and Leury Garcia are also familiar faces in the South Siders’ lineup, but Nomar Mazara (who came over via trade) will want to make an impact for his new club and Luis Robert will have a lot of eyes on him after tearing up the minor leagues last season. Robert hit .328 over 122 games between high-A, double-A and triple-A last season, belting 32 homers with 36 stolen bases across the three levels, which led in a show of confidence from the White Sox who then issued Robert a six-year, $50 million deal in the new year. As far as the rotation goes, Lucas Giolito is back to lead the staff after showing glimpses of staff ace potential last season, while Dallas Keuchel and Gio Gonzalez were brought in for some veteran experience. Dylan Cease is also expected to make the rotation despite posting an ERA just under six last year as he has made some tweaks but that hasn’t stopped him from getting hit hard so far in training. Reynaldo Lopez also had his moments last year and could be the #5 early on, but a 5.38 ERA last year means his spot is far from a guarantee this season, especially when you have guys like Carlos Rodon waiting in line for his chance.

As far as the schedule is concerned, the White Sox will still be aligned with the AL Central, but this year Chicago will also be lined up with the NL Central, meaning games against the Cubs, Brewers, Pirates, Reds and Cardinals in addition to division matchups against Cleveland, Detroit, Kansas City and Minnesota. The good news is that the White Sox had winning records against Cleveland and Detroit last year and Kansas City hasn’t gotten any better so if the White Sox can handle the Twins and their NL schedule, watch out.

Odds/Prediction: The White Sox are being shown some definite respect this season, with a +2500 tag to win the World Series and a +1500 tag to win the American League pennant and while there are stronger options on the board, putting a few bucks on the White Sox in that regard isn’t a bad idea. Chicago handled the division for the most part last season and while the NL opposition this year is tough, if Chicago can make it through interleague play at .500 or better, it would not surprise me to see this White Sox team in the postseason and at that point, it’s anyone’s game. The win total is set at 31.5 for the White Sox, meaning we would have to see their first above .500 season since 2012. But like I said. The division games for Chicago are as winnable as they’ve been in some time, and I expect a .500 to .600 record in interleague play so I’ll side with the over for the White Sox as I could see this being a 34-win team in the shortened season.