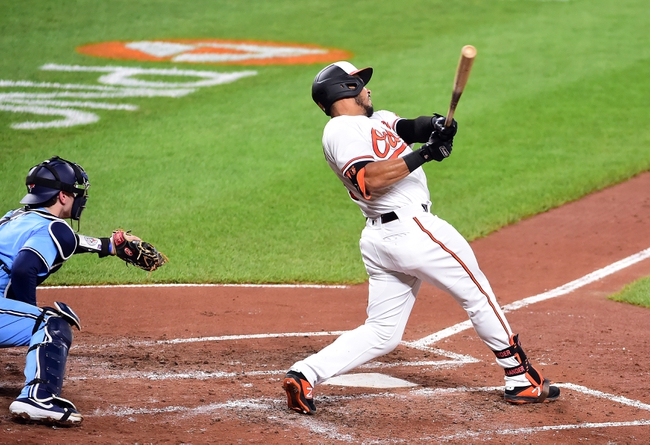 TV: MASN, SNET-1, MLBN Stream the MLB Game of the Day all season on ESPN+. Sign up now!

The Toronto Blue Jays and the Baltimore Orioles meet Wednesday in MLB action from Oriole Park.

This will be the final matchup in a three-game series between these AL East teams this week. The Blue Jays banged out a 7-2 victory in the Monday game. On Tuesday we had a 10-inning battle as Toronto eked out an 8-7 win to go up 2-0 in the series. Check back all season long for free MLB picks and MLB predictions at Sports Chat Place.

The Blue Jays were out-hit 12-9 in the Tuesday game, but still pulled out a victory. The big inning came in the fifth, when Toronto scored five runs. Randall Grichuk and Travis Shaw had monster nights, combining for four hits, two homers and seven RBI.

Over on the Orioles’ side, they had some nice outings on offense Tuesday as well but couldn’t recover the lead after the fifth inning. Anthony Santander was the top Baltimore hitter with two homers and three RBI among his three hits. Starter Wade LeBlanc finished with 4.0 innings and five earned runs.

Pick: The Orioles make sense to me here. Roark is still trying to work some of the kinks out of his game in 2020, as he’s got nine walks in seven innings over his last two starts. He’ll probably be better here as he returns to that veteran efficiency, but if the Orioles are patient they can find some opportunities here. As for Milone, he’s been way better since Opening Day, logging a 2.40 ERA in three starts. I like Milone to keep it going and help Baltimore get a win.