TV: MLBN, NESN, NBCSP Stream the MLB Game of the Day all season on ESPN+. Sign up now!

The Philadelphia Phillies and the Boston Red Sox meet in MLB action from Fenway Park on Wednesday afternoon.

The Philadelphia Phillies will try to build off of a 13-6 win over the Red Sox from Tuesday night. Jay Bruce led the way with a three-run home run as part of his four RBI day while Bryce Harper had a three-run shot of his own. Phil Gosselin went 2 for 3 with a double, a home run and two RBIs while Rhys Hoskins had a solo home run and Roman Quinn, Didi Gregorius, and Andrew McCutchen each had RBIs to cap off Philly’s scoring as a team in the win with Gregorius going 2 for 4 with a double. J.T. Realmuto added a double as well while Alec Bohm had a pair of hits and Andrew Knapp added a base knock to finish off Philadelphia’s scoring as a team in the winning effort. Zach Eflin allowed four runs on five hits while striking out eight over four innings of work, not factoring in the decision. Blake Parker got the win in relief to improve to 1-0 on the year. Jake Arrieta will start here and is 1-2 with a 4.02 ERA and 14 strikeouts this season. In his career, Arrieta is 2-4 with a 4.69 ERA and 38 strikeouts against Boston.

The Boston Red Sox come into this game looking to bounce back after Tuesday’s debacle. Zander Bogaerts and Mitch Moreland each had two RBIs while going 2 for 3 at the dish with Moreland adding a double to the cause. Rafael Devers and J.D. Martinez each had a double and an RBI as well with Devers going 3 for 5 at the dish. Alex Verdugo had a double while Kevin Plawecki and Kevin Pillar each had a base knock as well in the defeat for the BoSox. Zack Godley allowed one run in four innings in the start, not factoring in the decision while Josh Taylor took the loss in relief to fall to 0-1 on the year. Kyle Hart will start here and is 0-1 with a 22.50 ERA and 4 strikeouts this season. This will be Hart’s first career start against Philadelphia.

I don’t have a problem with Philadelphia being favored after how Hart start his major league career and given how poor the Red Sox are playing right now. However, Arrieta’s still allowed seven earned runs in 15.2 innings this year and while I don’t think Arrieta gets completely busted up here, I think the Red Sox get a few runs off of him and I think the Phils tee off on Hart here, so give me the over as I could see this one in double-digits by the 6th or 7th inning. 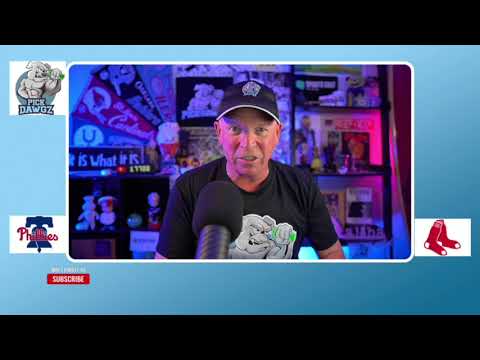