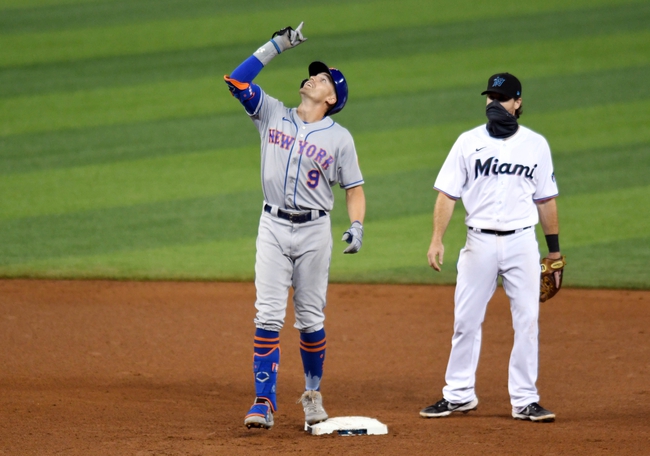 The New York Mets and the Miami Marlins meet Thursday in MLB action from Marlins Park.

This matchup will be the fourth and final installment of the series between these teams this week. The Mets won the first pair 11-4 Monday and 8-3 Tuesday. On Wednesday in game three, New York went up 3-0 in the series with a 5-3 victory. Check back all season long for free MLB picks and MLB predictions at Sports Chat Place.

The Mets out-hit the Marlins 10-7 in the Wednesday game, and posted four runs in the final three innings. Three different New York players posted two hits, and Michael Conforto went 1-for-4 with two runs and a two-run homer. Starter Jacob deGrom went 6.0 innings with four hits and seven strikeouts in another great outing but had to settle for yet another no-decision.

Over on the Marlins’ side, starting pitcher Pablo Lopez held together pretty well in a no-decision Wednesday, going 6.1 innings with two earned, seven hits and five strikeouts. The real killer for Miami was their futility at the plate; the team struck out 12 times and left 20 men on base in the loss.

For the starting pitcher on Thursday, Miami will turn to left-hander Daniel Castano. In his 2020 MLB debut season over two starts, Castano is 0-1 with a 4.35 ERA and six strikeouts in 10.1 innings. This will be the second time Castano has faced the Mets already.

Pick: I’m leaning toward the Marlins here, despite the series so far. Sure, it’s a bit of a potential value pick, but there’s reason for hope when it comes to Miami in this game. Castano coughed up five runs (four earned) in 4.1 innings versus the Mets in his MLB debut, but did calm down against Atlanta in his last outing. He put up 6.0 innings with four hits, two walks and one earned. If Castano can give Miami another lengthy start like that, I think the team can crack through in the later innings. 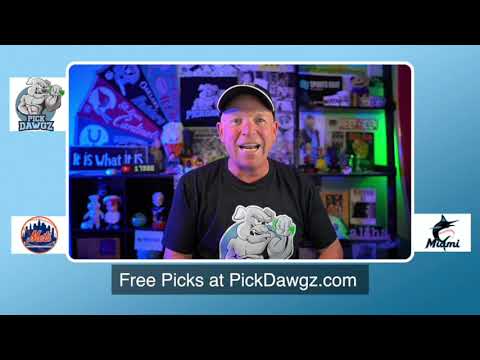