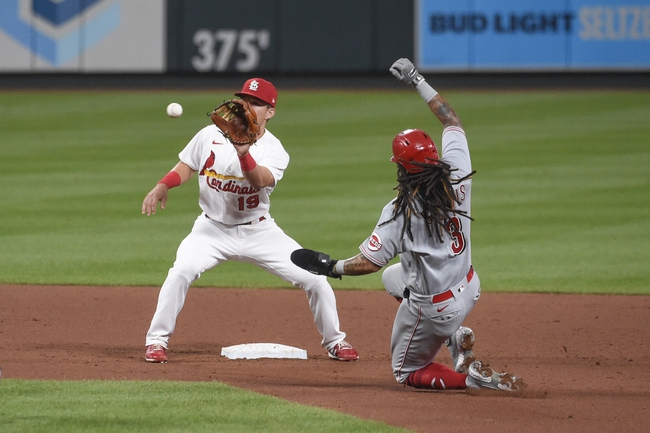 The Cincinnati Reds and the St. Louis Cardinals meet Saturday in MLB action from Busch Stadium.

This will be the third installment of a four-game weekend set between these teams. In the series opener on Thursday, the Cardinals eked out a 5-4 victory. On Friday, the Reds were down 2-0 heading into the sixth inning but powered out four runs in that frame to hang on for a 4-2 win and even up the series. Check back all season long for free MLB picks and MLB predictions at Sports Chat Place.

The Reds were out-hit 3-2 in the Friday victory, but the key sixth inning propelled the team to a win. Pinch hitter Matt Davidson won the game with one swing of the bat, slapping a grand slam on a 1-for-2 evening. Starting pitcher Anthony DeSclafani went 4.1 innings with three hits, two earned, four walks and  two strikeouts.

Over on the Cardinals’ side, starting pitcher Dakota Hudson lasted 4.2 innings on Friday, posting one hit, no earned, two walks and six strikeouts. Outside of that, offensively St. Louis didn’t have much going on. The Cards left 14 men on base and struck out seven times as a team.

In Saturday’s starting pitcher role, the Cardinals are sending out Kwang Hyun Kim. The 32-year-old lefty Kim doesn’t have a decision yet this year, and holds a 3.86 ERA with one strikeout in 4.2 innings over two games (one start).

Pick: I’m going Reds, but this is a tough one. There are plenty of question marks on both sides, beginning at starting pitcher. Miley has only delivered 1.2 innings in each of his two starts for Cincinnati so far and is still working back after a groin injury. As for Kim, he got into some trouble during his 3.2 innings on Monday and racked up 57 pitches. I’m thinking if Miley comes out decent here—and the bullpen doesn’t implode—the Reds can eke one out. It should be a close one, though. The over might be worth looking at as well. 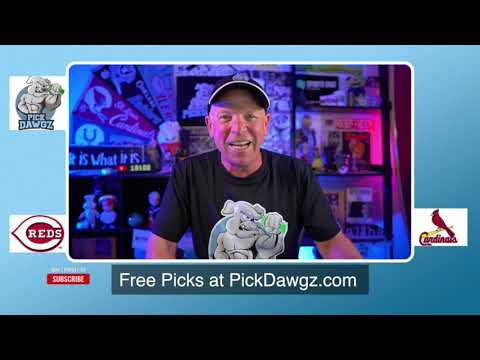