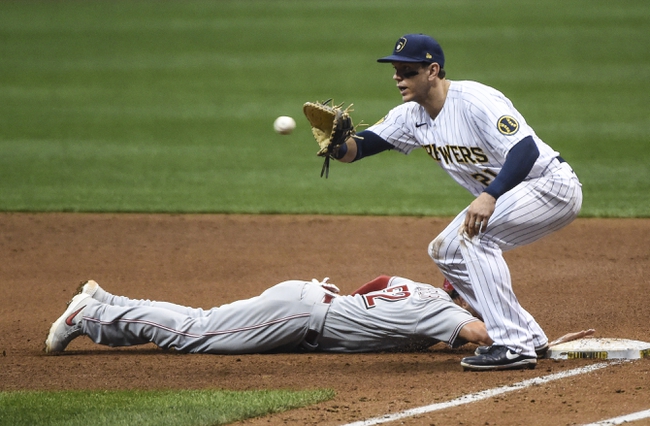 TV: FSMW, FSKC Stream the MLB Game of the Day all season on ESPN+. Sign up now!

The Cincinnati Reds and the Milwaukee Brewers meet in an NL Central division matchup from Miller Park on Monday night.

The Cincinnati Reds come into this one on the heels of a 6-2 loss to the St. Louis Cardinals in their last matchup. Eugenio Suarez’s first inning two-run home run would make up all of the scoring for the Reds in defeat, while Nick Castellanos had a double and Shogo Akiyama added a base hit as well as the Reds had just three hits as a team in the losing effort. Tyler Mahle took the loss on the mound after allowing three runs on five hits while striking out five over three innings of work to drop to 0-1 on the year. Trevor Bauer will start here and is 3-0 with a 0.68 ERA and 41 strikeouts this season. This will be Bauer’s second career start against Milwaukee.

The Milwaukee Brewers are in need of a bounce back after being swept by the Pittsburgh Pirates over the weekend including a 12-5 loss in the series finale on Sunday. Keston Hiura had a three-run home run while Jedd Gyorko had a solo shot and Ryan Braun added a double and an RBI to make up the scoring for the Brewers in the loss. Mark Mathias had a pair of doubles while Orlando Arcia and Avisail Garcia each had a base knock to finish off Milwaukee’s offense as a team in the loss. Josh Lindblom took the loss, falling to 1-1 after allowing three runs on six hits while striking out four over six innings of work. Brett Anderson will start here and is 1-2 with a 3.71 ERA and 14 strikeouts this season. In his career, Anderson is 2-2 with a 5.33 ERA and 10 strikeouts against Cincinnati.

I know Trevor Bauer’s hot start can’t live on for an entire season, but he’s allowed two runs in 26.1 innings up to this point and is living up to the idea of a guy that you’d want pitching for you every four days like he wants to. On the other hand, Anderson hasn’t been terrible for Milwaukee, allowing three runs or less in each of his starts this season. I think we see a fairly competitive game here, so I’ll take the under as my free pick for this game but my stronger play is on the side and I have that available as a premium pick that you can find here. 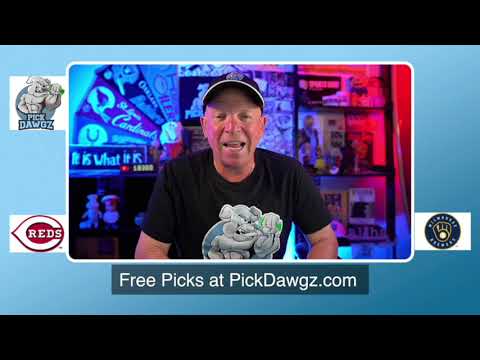