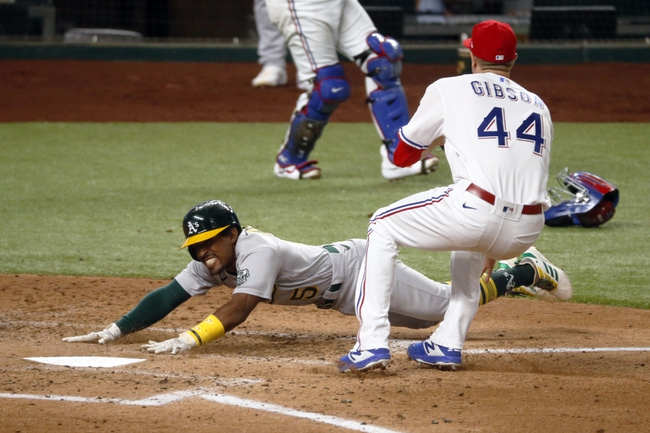 TV: FSSW, NSCA Stream the MLB Game of the Day all season on ESPN+. Sign up now!

The Oakland Athletics and the Texas Rangers meet Wednesday in MLB action from Globe Life Field.

This will be game three of a four-game set between these teams this week. The Rangers eked out a 3-2 win on Monday in the opener. In the Tuesday matchup, the Athletics evened it up with a high-flying 10-3 victory. Check back all season long for free MLB picks and MLB predictions at Sports Chat Place.

The A’s posted eight hits in the Tuesday victory, but the big hitter was Marcus Semien. He went 3-for-5 with a double, a two-run homer and two runs. Starting pitcher Sean Manaea went 5.0 innings with six hits, three runs (one earned) and three strikeouts.

For the Wednesday starting pitcher role, the Athletics are going with Mike Fiers. Over his six starts this season, Fiers is 3-1 with 14 strikeouts in 31.0 innings of work. In his MLB career, Fiers is 72-60 overall with 967 Ks in 1113.2 innings total.

Over on the Rangers’ side, they logged eight hits on Tuesday as well, but couldn’t get much going on the scoreboard. Nick Solak managed two hits with two RBI there, and starting pitcher Kyle Gibson took the loss on 6.1 innings, six hits and seven earned runs with six Ks and two homers allowed.

Meanwhile, the Rangers are 7-15 in their last 22 versus the American League West and the over is 5-0 in the last five Wednesday games. The over is 6-1 in the Rangers’ last seven during game three of a series and they’re 7-15 in their last 22 versus the American League West.
Pick: I’m going to stick with the A’s here. Allard is coming off a rough outing in Seattle on Friday. He didn’t even make it out of the first inning in that one, giving up four earned and exiting the game with loaded bases. As for Fiers, his ERA isn’t all that great (5.81) but the good news is that Oakland is 5-1 in his starts this season. I think the Athletics continue to play well behind Fiers and bag another win here. 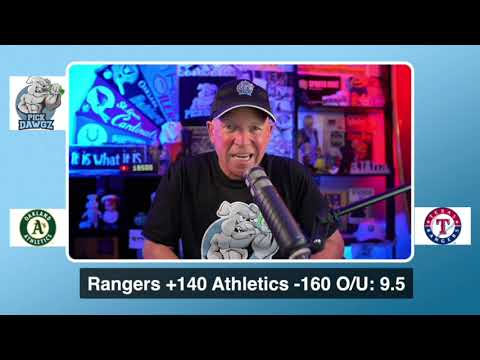