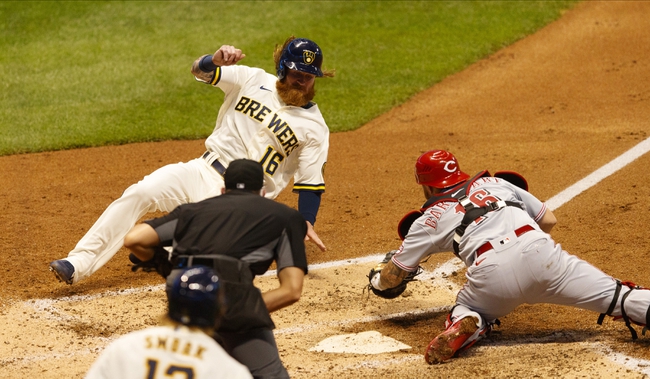 TV: FSOH, FSWI Stream the MLB Game of the Day all season on ESPN+. Sign up now!

The Cincinnati Reds and the Milwaukee Brewers meet Thursday in MLB action from Miller Park.

This will be the final matchup of a four-game set between these teams this week, and the second game of a Thursday doubleheader. This will be a makeup of the Wednesday game, which was rained out. The Brewers took the first two games 4-2 and 3-2. Check back all season long for free MLB picks and MLB predictions at Sports Chat Place.

Cincinnati’s offense hasn’t quite taken off like some people thought it would this season so far. There are a few relative bright spots in the order, like Nick Castellanos and his nine homers and 20 RBI. That said, guys like Eugenio Suarez (.158 BA) and Joey Votto (.191 BA) haven’t gotten things going yet. As a matter of fact, Castellanos has double the number of RBI than any other member of the team.

Over on the Brewers’ side, they’ve produced a mixed bag offensively this season so far, and don’t have a whole lot of consistency across their lineup. Keston Hiura leads Milwaukee with 16 RBI and seven home runs, but is hitting a paltry .243 with only two other extra-base hits. Christian Yelich is struggling as well with a .200 batting average, but does have seven homers and 15 RBI.

Pick: I’m leaning Brewers here, but it’s close. Doubleheaders are always sketchy to try and pin down, as you can never be sure of lineups and relievers. Going off what we know, Lindblom looked pretty good in Saturday’s appearance in Pittsburgh and was pulled after 68 pitches but could have gone much further. He should have plenty of length in this one. I don’t have much confidence in Cincinnati’s offense lately, so Milwaukee looks better to me in this one. 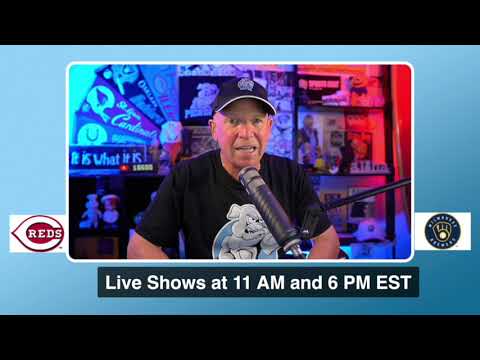