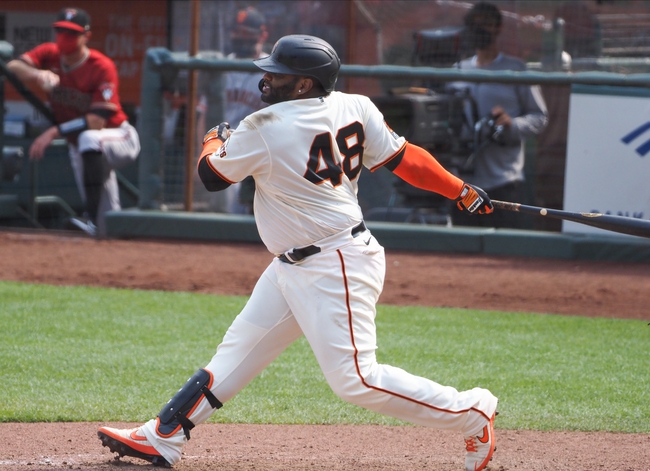 TV: FSAZ, NBCSBA Stream the MLB Game of the Day all season on ESPN+. Sign up now!

The San Francisco Giants and the Arizona Diamondbacks meet in an NL West division matchup in MLB action from Chase Field on Friday.

The San Francisco Giants will try to rebound after being swept in a double-header by the Los Angeles Dodgers, failing to record a run after a 7-0 loss in game one and a 2-0 loss to the Dodgers in game two. In game one, Donovan Solano and Wilmer Flores each had a double as the Giants had just four hits as a team in the loss while game two saw Brandon Belt account for both of San Francisco’s two hits in the loss as the rest of the team went 0 for 20 at the plate in the defeat. Logan Webb took the loss in game one while Kevin Gausman ended up with the L on the mound in game two. Tyler Anderson will start here and is 1-1 with a 3.45 ERA and 21 strikeouts this season. In his career, Anderson is 3-1 with a 5.32 ERA and 54 strikeouts against Arizona.

The Arizona Diamondbacks come into this one rested after having their series finale with Colorado postponed on Thursday as one of the many games to protest and boycott across the country over the last couple of days. Starling Marte leads Arizona with a .318 batting average and a .397 on base percentage while Ketel Marte has a team-high 39 hits in 126 at-bats this season. David Peralta leads Arizona with 22 RBIs while Kole Calhoun is 2nd with 19 RBIs as well as a team-high 8 home runs this season. Christian Walker has a team-high 58 total bases with 36 hits and a .310 batting average, tied for second with the aforementioned Ketel Marte. Zac Gallen is expected to start for Arizona in this one and is 0-0 with a 2.25 ERA and 42 strikeouts this season. This will be Gallen’s second career start against San Francisco.

This one is hard as the Giants were red hot before being slammed by the Dodgers on Thursday but that’s still much better form than Arizona’s had lately and Anderson just threw a complete game shutout against these same D-Backs last weekend. On the other hand, Gallen’s been one of the bright spots for Arizona’s starting rotation, but he hasn’t picked up a single decision as the offense or the bullpen has let him down. I think we see a hard-fought pitcher’s duel where runs come at a premium, so give me the under in this one.