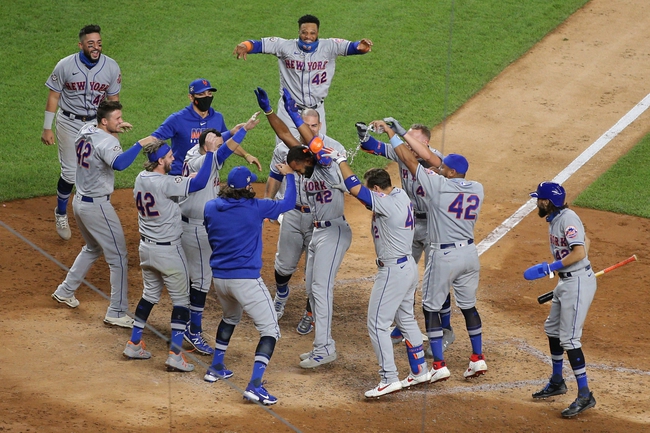 TV: YES, SNY Stream the MLB Game of the Day all season on ESPN+. Sign up now!

This will be game three of a lengthy five-game weekend set between these intracity rivals. In the doubleheader on Friday, the Mets banged out a pair of tight wins, one 6-4 and the other 4-3 in a walk-off. The Yankees have now lost seven games in a row. Check back all season long for free MLB picks and MLB predictions at Sports Chat Place.

The Mets pulled off an improbable doubleheader sweep on Friday, setting the tone for the series. It was a group effort as well across the day, and Amed Rosario posted the game-winning home run in the Friday nightcap.

For the Saturday start, the Mets are rolling out Robert Gsellman. This season in three games (two starts), Gsellman doesn’t have a decision yet, and he’s carrying a 7.71 ERA with four strikeouts in 4.2 innings. On his career, Gsellman is 20-15 with a 4.49 ERA and 258 Ks in 312.2 innings total.

Over on the Yankees side, they’re in trouble. A seven-game win streak is bad enough, but that’s over a tenth of the team’s season in 2020, and the Yanks just can’t seem to do anything right lately. Despite a lead going into the bottom of the seventh in the second game of the doubleheader Saturday, the Yankees gave another game away, and came up with just five hits to the Mets’ eight.

Pick: I’m leaning Yankees here, but this will be a weird one. It’s a standalone Saturday game sandwiched between a pair of doubleheaders, and with another 14 innings (at least) to go on Sunday both clubs will be frugal with their bullpens. Happ did well in his last outing (5.2 innings, one run on a homer) against the Red Sox, but has been uneven this year to say the least. If Happ is on and can give the Yankees five or six decent innings, the team should be in good shape. 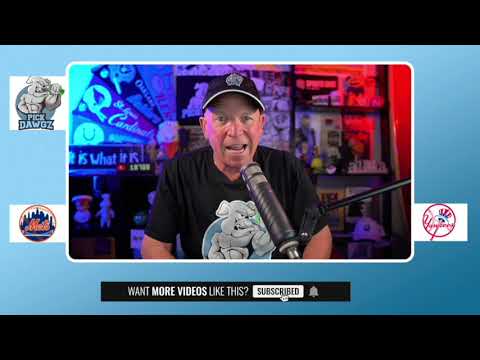