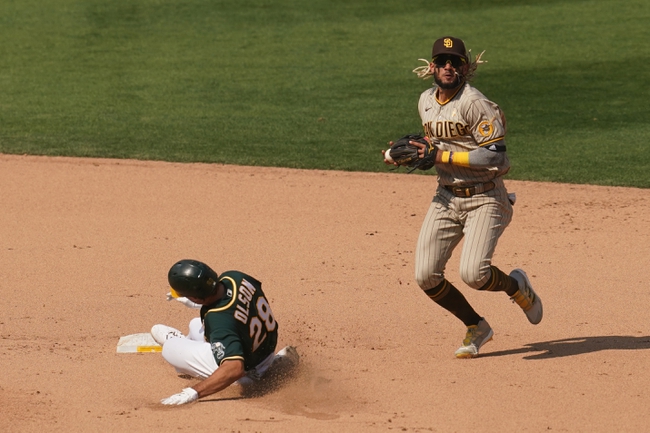 TV: NSCA, FSSD Stream the MLB Game of the Day all season on ESPN+. Sign up now!

The San Diego Padres look for a win after winning 13 of their last 18 games. The Padres have scored 11 runs in their last three games and four or more runs in six of their last eight games. The Padres have won 10 of their last 11 games when scoring four or more runs. Fernando Tatis Jr. leads the Padres with 50 hits and 37 RBI while Manny Machado and Trent Grisham have combined for 90 hits and 52 RBI. Garrett Richards gets the ball, and he is 1-2 with a 4.63 ERA and 29 strikeouts this season. Richards is 2-4 with a 4.33 ERA and 58 strikeouts in his career against the Athletics.

Garrett Richards has allowed 14 runs and 26 hits in his last 24.1 innings, while Mike Fiers has allowed 16 earned runs and 35 hits in his last 33 innings. Fiers still isn't pitching to his ability, but he's been terrific pitching in Oakland since coming over a couple years ago. It was also only a matter of time before the Athletics offense woke up, and we're starting to see signs of that. The San Diego Padres have been great and this is a rare spot you're going to find them in the underdog role, but the A's are a team I was high on before the season and not a club I bet against often. 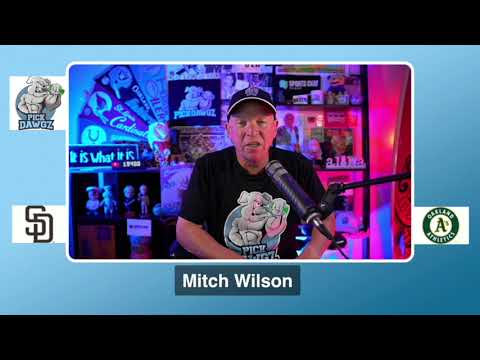