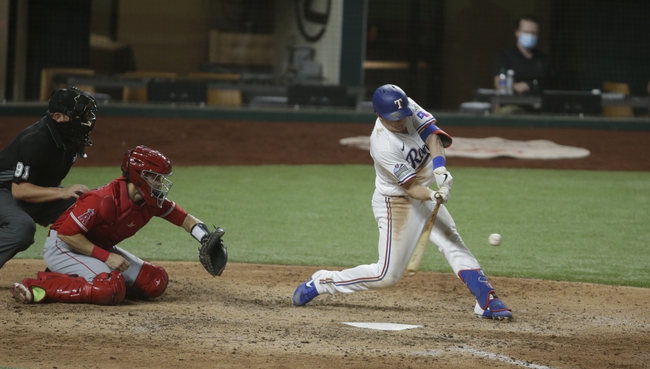 TV: MLBN, FSSW, FSW Stream the MLB Game of the Day all season on ESPN+. Sign up now!

The Los Angeles Angels and the Texas Rangers meet in an AL West division matchup in MLB action from Globe Life Field on Thursday night.

The Los Angeles Angels will try to rebound from a 7-3 loss to the Rangers on Wednesday. Matt Thaiss had a solo home run and Anthony Rendon added an RBI while Andrelton Simmons went 2 for 5 with a double and Albert Pujols added a double as well. Shohei Ohtani and Anthony Bemboom each had a base hit to finish off the offense for the Angels in the losing effort. Julio Teheran took the loss, falling to 0-3 after allowing five runs on six hits while striking out four over 4.2 innings of work. Dylan Bundy will get the start here and is 4-2 with a 2.49 ERA and 55 strikeouts this season. In his career, Bundy is 3-1 with a 2.65 ERA and 28 strikeouts against Texas.

The Texas Rangers will look to build on their victory over the Angels on Wednesday. Nick Solak had two RBIs while Joey Gallo, Rougned Odor, Ronald Guzman and Eli White each had an RBI with White adding a double to the cause in the win. Leody Taveras, Isiah Kiner-Falefa and Anderson Tejeda each had a double to cap off Texas’ offense as a team in the win with Kiner-Falefa going 4 for 4 at the dish in the victory. John King emerged as the pitcher of record in the bullpen game for Texas, getting the win to improve to 1-0 this year. Kyle Gibson will start here and is 1-4 with a 5.91 ERA and 38 strikeouts this season. In his career, Gibson is 3-3 with a 4.76 ERA and 47 strikeouts against the Angels.

I know Bundy’s pitched well this season, but I’m still not trying to lay these kinds of odds or chase a run line with a disappointing Angels team that’s still a ways away from .400 baseball and miles away from a potential playoff spot. On the other hand, Gibson’s just not a good pitcher and the Rangers, despite getting the win on Wednesday, have had issues stringing wins together all year. Instead, I’m going to side with the over. Bundy’s pitched to the over in four straight while Gibson’s gone 4-1-2 to the over in his last seven starts and I just think the two sides combine for enough to get this one over the number. Give me the over in this one. 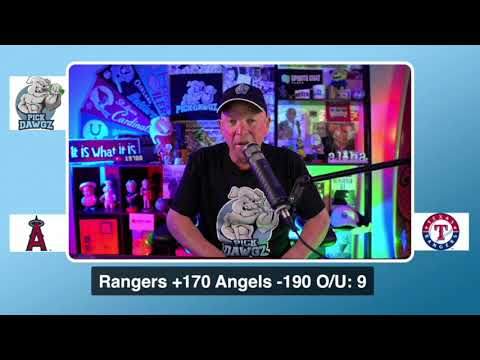