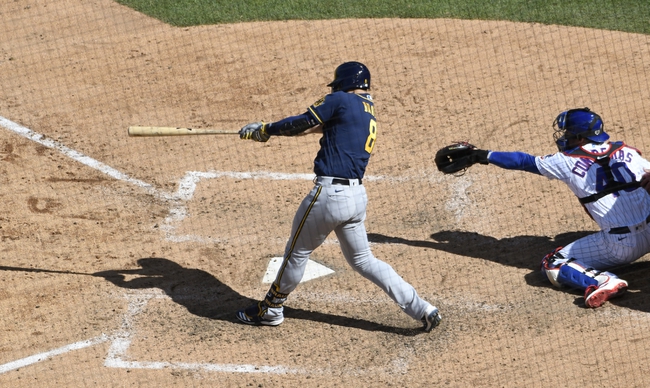 TV: FSWI, MARQ Stream the MLB Game of the Day all season on ESPN+. Sign up now!

The Chicago Cubs and the Milwaukee Brewers meet in an NL Central division game in MLB action from Miller Park on Friday.

The Chicago Cubs will look to build off of an 8-5 win over the Cincinnati Reds on Thursday. Nico Hoerner went 2 for 4 with a double and three RBIs while Ian Happ had two RBIs. Willson Contreras, Cameron Maybin and Anthony Rizzo each had an RBI to finish off Chicago’s scoring as a team in the win with Maybin going 2 for 5 with a triple and Contreras going 4 for 4 at the dish with a pair of doubles. Kris Bryant went 2 for 4 at the dish to cap off the Cubs’ offense as a team in the winning effort. Adbert Alzolay gave up three runs on three hits with a pair of strikeouts over 3.2 innings of work, not factoring in the decision. Kyle Ryan picked up the win to improve to 1-0 while Jeremy Jeffress closed things out for his 7th save of the season. Jon Lester will start here and is 2-2 with a 5.80 ERA and 29 strikeouts this season. In his career, Lester is 5-4 with a 3.33 ERA and 78 strikeouts against Milwaukee.

The Milwaukee Brewers come into this one rested after a day off following their 19-0 rout of the Detroit Tigers on Wednesday. Luis Urias led the charge, going 3 for 6 with a pair of doubles and five RBIs. Tyron Taylor had a home run, two doubles and three RBIs while Ryan Braun added a homer and three RBIs as well. Avisail Garcia, Jedd Gyorko and Jacob Nottingham each had two RBIs with Gyorko belting a pair of solo homers, Nottingham putting up a two-run blast and Garcia hitting a pair of doubles. Christian Yelich had a double and an RBI while Orlando Arcia went 4 for 6 with a double and Eric Sogard added a base hit as well to cap off the offensive onslaught by Milwaukee in the win. Corbin Burnes got the win to improve to 3-0 on the year after throwing seven shutout innings, giving up just one hit while striking out 11. Brandon Woodruff will start here and is 203 with a 3.91 ERA and 55 strikeouts this season. In his career, Woodruff is 0-1 with a 6.00 ERA and 28 strikeouts against the Cubs.

I get Woodruff and the Brewers being a favorite at home, but Woodruff hasn’t been anything special for most of this season and he’s had little success in a decent sample size against the Cubs. On the other hand, Jon Lester’s form has fallen off of a cliff after a solid start to the year as he’s allowed five or more runs in four of his last five starts. I think the pitching matchup on the surface says a decent matchup is in store, but the form screams over so I’ll side with the over in what should be a high scoring game. 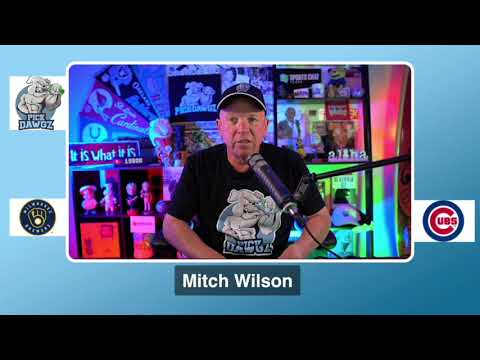