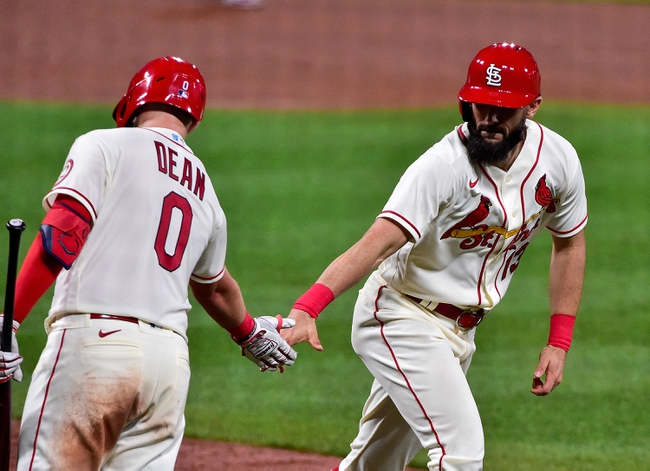 The Cincinnati Reds look for a win after splitting their last 10 games. The Reds have scored nine runs in their last three games and three or less runs in five of their last six games. The Reds have lost six of their last eight games when scoring three or less runs. Nick Castellanos leads the Reds with 38 hits and 28 RBI while Jesse Winker and Eugenio Suarez have combined for 65 hits and 47 RBI. Tyler Mahle gets the ball, and he is 1-2 with a 3.89 ERA and 45 strikeouts this season. Mahle is 1-3 with a 5.11 ERA and 29 strikeouts in his career against the Cardinals.

The St. Louis Cardinals look for a win after splitting their last eight games. The Cardinals have scored 11 runs in their last three games and four or more runs in six of their last 10 games. The Cardinals have won 10 straight games when scoring four more runs. Paul Goldschmidt leads the Cardinals with 39 hits and 16 RBI while Tommy Edman and Kolten Wong have combined for 69 hits and 28 RBI. Carlos Martinez gets the ball, and he is 0-2 with a 12.27 ERA and five strikeouts this season. Martinez is 8-5 with a 3.96 ERA and 99 strikeouts in his career against the Reds.

Tyler Mahle has allowed six runs and eight hits in his last 14 innings while Carlos Martinez has allowed 10 runs and 14 hits through 7.1 innings this season. While it's a small sample size, Martinez has shown us nothing in two games that makes me want to get behind him, especially in the favorite role. The St. Louis Cardinals are the better team here overall, but I'll take a shot with the Reds and the plus money because of the pitching advantage. Martinez has looked awful in two games this season.