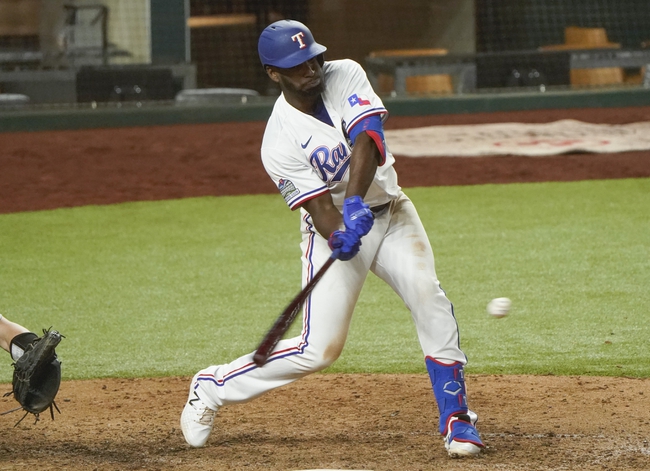 TV: FSSW, NBCSCA Stream the MLB Game of the Day all season on ESPN+. Sign up now!

The Oakland A’s and the Texas Rangers meet in an AL West division matchup in MLB action from Globe Life Field on Sunday.

The Oakland A’s will look to build off of a split from Saturday’s double-header, dropping game one 5-2 but salvaging a 10-1 win in game two. Game one saw Matt Olson post a double and an RBI while Jonah Heim went 2 for 3 with an RBI and Vimael Machin had a base hit. Game two saw Marcus Semien post a three-run home run as part of his four RBI day while Sean Murphy had two RBIs. Tommy La Stella, Matt Olson, Khris Davis and Ramon Laureano each had an RBI to finish off the scoring in the win. Game one saw Daulton Jefferies take the loss after giving up five runs in the first inning while game two saw Chris Bassitt pick up the win after allowing one run in six innings of work. Frankie Montas will start here and is 3-3 with a 5.73 ERA and 37 strikeouts this season. In his career, Montas is 2-0 with a 3.43 ERA and 24 strikeouts against Texas.

The Texas Rangers will try to build off of the split from the double dip on Saturday. Game one saw Rougned Odor belt a three-run homer and Ronald Guzman had a two-run homer to finish off Texas’ scoring as all the damage came in the first inning. Game two saw Joey Gallo post the lone run for the Rangers with a solo home run in the 6th inning while going 2 for 3 with a double. Leody Taveras and Isiah Kiner-Falefa each had two hits as well in the loss. Game one saw Wes Benjamin get the win after four innings of relief to improve to 1-0 while Rafael Montero closed the deal for his 8th save while game two had Kolby Allard take the loss to fall to 0-6 after giving up five runs on five hits in an inning of work. Lance Lynn will start here and is 5-2 with a 2.52 ERA and 69 strikeouts this season. In his career, Lynn is 3-1 with a 4.36 ERA and 46 strikeouts against Oakland.

I like Oakland and the way the A’s showed up in the second half of the double-header, but I think I still need to see a bit more from Montas before fully declaring him back. Lynn has had a solid year to this point, it’s just a matter of a lack of run support in his corner but we saw the Rangers put some runs on the board on Saturday and I think if he gets a few runs (3-4) Lynn could be in for a good showing here. I’ll take a stab at the Rangers and the plus money as my free pick for this game but my stronger play is on the total and I have that available as a premium pick that you can find here. 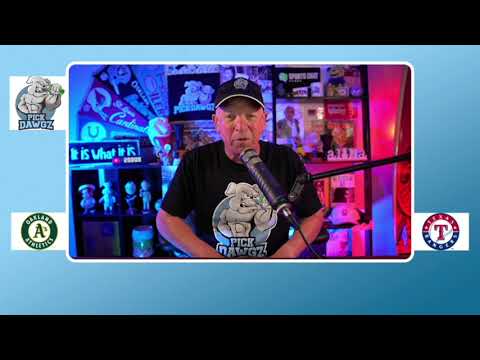