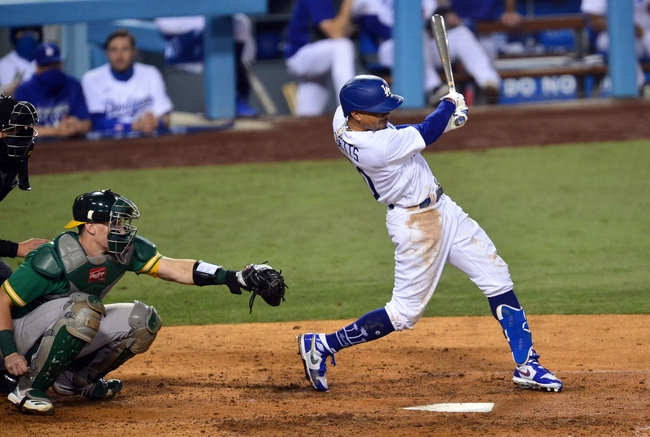 TV: SNLA, NSCA Stream the MLB Game of the Day all season on ESPN+. Sign up now!

The Oakland Athletics need a win after splitting their last six games. The Athletics have scored 10 runs in their last three games and three or less runs in four of their last eight games. The Athletics have lost four of their last five games when scoring three or less runs. Marcus Semien leads the Athletics with 43 hits and 23 RBI while Mark Canha and Matt Olson have combined for 78 hits and 68 RBI. Sean Manaea gets the ball, and he is 4-3 with a 4.50 ERA and 41 strikeouts this season. Manaea is 0-2 with a 5.87 ERA and six strikeouts in his career against the Dodgers.

The Los Angeles Dodgers look for a win after winning seven of their last nine games. The Dodgers have scored 13 runs in their last three games and four or more runs in five of their last six games. The Dodgers have won six straight games when scoring four or more runs. Mookie Betts leads the Dodgers with 62 hits and 39 RBI while Corey Seager and AJ Pollock have combined for 111 hits and 69 RBI. Julio Urias gets the ball, and he is 3-0 with a 3.49 ERA and 40 strikeouts this season. This will be Urias’ first career game against the Athletics.

Sean Manaea has allowed five runs and 13 hits in his last 17.2 innings while Julio Urias has allowed eight runs and 15 hits in his last 22 innings. The Dodgers should be favored for obvious reasons, but we're getting a solid pitcher and a really good team here at plus money. Manaea seems to have knocked the rust off and is posting a 2.55 ERA through three starts this month. There's value with the A's and the plus money here, especially after the Dodgers clinched the NL West last night. 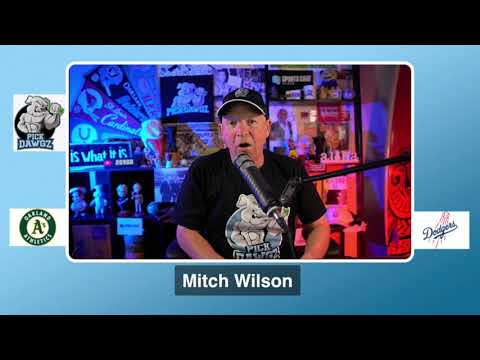