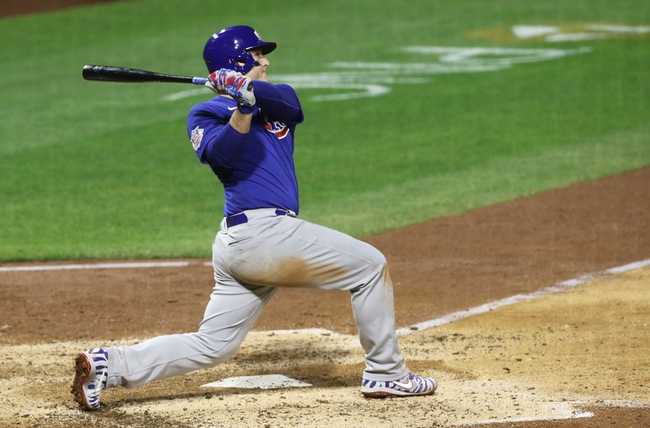 TV: MLBN, ATTP, MARQ Stream the MLB Game of the Day all season on ESPN+. Sign up now!

The Chicago Cubs and the Pittsburgh Pirates meet in an NL Central division matchup in MLB action from PNC Park on Wednesday.

The Chicago Cubs will look to rebound despite clinching a playoff spot in a 3-2 loss to the Pirates on Tuesday night. Anthony Rizzo went 2 for 3 with an 8th inning two-run home run to make up the scoring for the Cubs in the losing effort. David Bote, Cameron Maybin and Willson Contreras each had a base hit as well to finish off the Cubs’ offense as Chicago had just five hits as a team in the losing effort. Jose Quintana allowed one run on two hits in two innings in the start and Adbert Alzolay threw four innings of relief with 7 strikeouts but Andrew Chafin ended up with the loss, falling to 1-2 on the year as a result. Kyle Hendricks will start here and is 6-4 with a 2.93 ERA and 61 strikeouts this season. In his career, Hendricks is 6-7 with a 3.07 ERA and 79 strikeouts against Pittsburgh.

The Pittsburgh Pirates will look to continue to play spoiler and for pride more than anything after their win over the Cubs on Tuesday. Jacob Stallings had a solo home run to walk-off the Cubs while Erik Gonzalez and Adam Frazier each had a double and an RBI to make up the scoring for the Pirates in the win. Ke’Bryan Hayes and Gregory Polanco each had a base hit as well as the Pirates cranked out just five hits as a team as well in the victory. Steven Brault threw seven shutout innings, giving up just two hits and striking out six, not factoring in the decision. Richard Rodriguez ended up with the win to improve to 3-2 on the year. Trevor Williams will start here and is 1-8 with a 6.70 ERA and 45 strikeouts this season. In his career, Williams is 3-7 with a 6.09 ERA and 40 strikeouts against the Cubs.

These two sides went under on Tuesday, but I think we’re going to revert to the other side on Wednesday. Hendricks has historically been a better pitcher at home compared to his mark on the road and Williams has had issues with his ERA all year long. I think the offenses are the story on Wednesday, so I’ll side with the over as my free pick for this game but my stronger play is on the side and I have that available as a premium pick that you can find here. 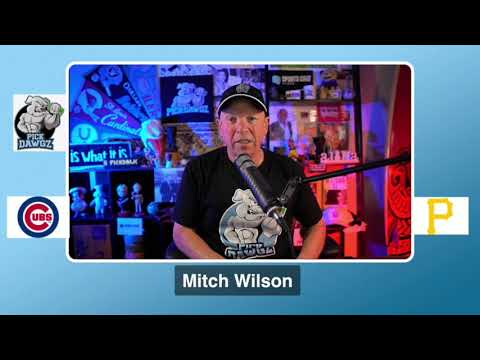